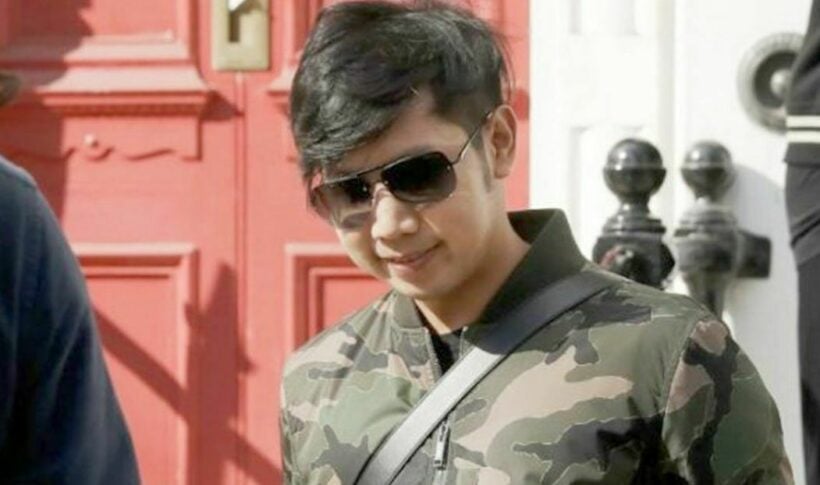 4 out of 5 charges against Thailand’s Red Bull Heir expire, 1 remains

The Thai “Red Bull Heir” who killed a police officer in a hit-and-run in 2012 is still wanted 10 years later. Yesterday, the fourth of five original charges filed against Vorayuth “Boss” Yoovidya expired. However, the heir is still wanted on a valid charge: “reckless driving causing death”.

‘Boss’ – the grandson of billionaire Red Bull co-founder Chaleo Yoovidhya – became a fugitive after driving through Bangkok’s Thong Lor district in his Ferrari, running over police officer Wichian Klanprasert and dragging his body down the road, resulting in his death.

Boss still hasn’t faced justice for the crime committed 10 years ago. Over time, his arrest warrants expire one by one.

Yesterday, deputy spokesman for the Attorney General’s office Prayuth Phetchkhun revealed that the criminal charge against Boss for ‘use of cocaine’ had expired earlier than expected due to revisions to Thailand’s Narcotics Act of 1979. The drug abuse charge was due to expire on September 3 this year.

The law change halved the 10-year arrest warrant limitation to five years, causing Boss’s “cocaine use” charge to automatically expire. The charges of “driving too fast” and “reckless driving causing damage to the property of others” expired in 2013. The charge of “driving away from an accident without providing assistance” expired in 2017.

Thus, Thailand has just over five years to find and arrest the heir to Red Bull if he is to be held responsible for the death of police officer Wichian Klanprasert.

In May this year, Thailand’s public prosecution committee unanimously agreed to expel former attorney general Nate Natsuk – the former prosecutor in the case – from public office for choosing not to indict the heir to Red Bull long ago.