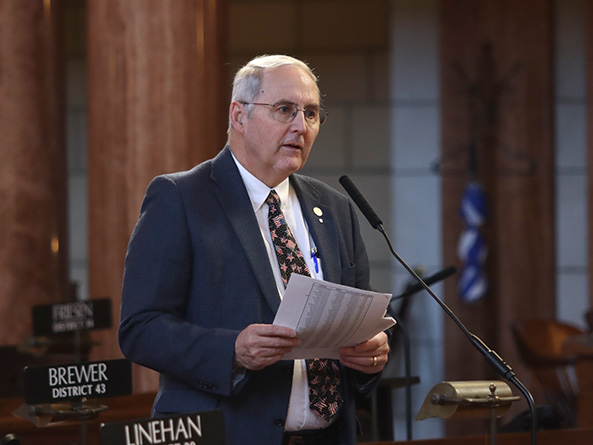 A proposal to cut inheritance tax rates and increase exemption amounts advanced to the final round of debate on January 20 after lawmakers amended it to ensure stepparents receive the same inheritance tax treatment than beneficiaries who are blood relatives.

LB310, introduced by Elmwood Senator Robert Clements, would reduce beneficiary estate tax rates and increase the amount of property value exempt from tax, which in Nebraska is collected by counties.

Under an amendment introduced by Clements in some records, the changes would apply to estates of people who died on or after January 1, 2023.

The bill would require county treasurers to compile and submit an inheritance tax report to the state Department of Revenue.

To help counties complete these reports, the amendment would also require the personal representative of an estate, when distributing estate proceeds, to submit an estate tax report to the treasurer of the county where the estate is administered. .

The Clements Amendment passed 38 to 0.

Senator Wendy DeBoer of Bennington then introduced an amendment to add provisions to her LB377 that would expand the definition of parents for estate tax purposes to include certain stepparents.

DeBoer said there is no good policy reason for the law to distinguish between beneficiaries who are blood relatives and those who are stepparents.

“This shift reflects the fact that the modern family comes in many different types and the frequency of these situations is becoming more and more common,” she said.

After passing DeBoer’s amendment on a 38-1 vote, senators voted 34-3 to advance LB310 to final reading.

What is the amount of inheritance tax for the different types of beneficiaries?