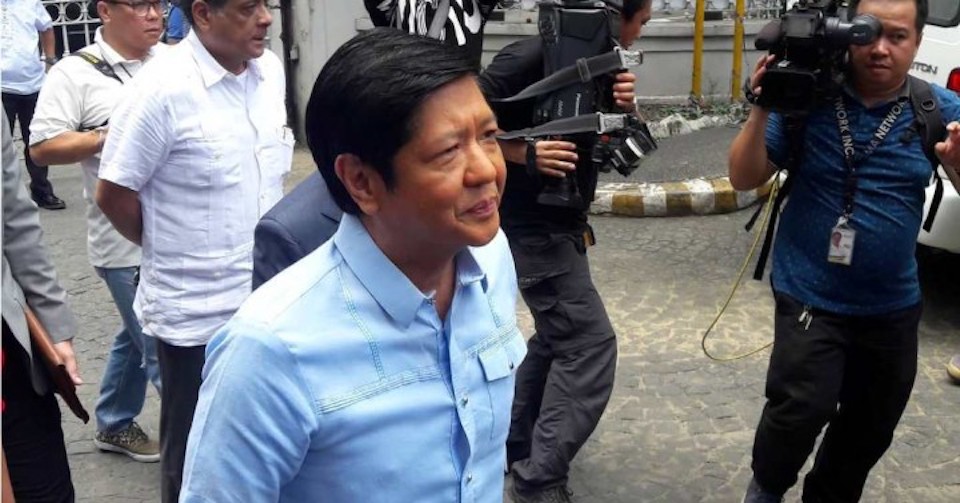 A lawyer by profession, Alex Lopez is the official candidate for mayor of the PFP in Manila.

He was personally sworn in as a party member on Wednesday at BBM’s headquarters in Mandaluyong City.

Lopez said he would formally file his nomination paper on Friday under Comelec’s “substitution rules” of mayoral candidate Calvin Punzalan.

Atty. Lopez said he chose to support Marcos because of his track record and credibility as a unifying leader.

“Dahil nakikita ko ang Pilipinas is perfect for anyone without the sign and the world view. Ang pag-ahon ng Pilipinas ay nasa kay Bongbong,” Lopez said as he vowed to get the majority of vote in Manila in the upcoming national elections in May 2022.

Manila has around one million registered voters.

In the 2016 national elections, the Lopez voting bloc in the capital backed Marcos’ candidacy for vice-presidency.

Alex is the eldest son of Mayor Mel, while Sara is the daughter of former Vice President Salvador ‘Doy’ Laurel.

Both Vice President Laurel and Mayor Mel were known opposition leaders during the martial law era, but their political bias has apparently not been passed on to the next generation.

“It is about burying the ghost of the past for progress and reconciliation,” he added.

Lopez said any mistakes that may have been made in the past now have a chance to be corrected thanks to BBM’s apparent kindness and love of the country.

â€œHe sees the mistakes of the past and with all of that I think it can bring a bright future to the country,â€ Lopez said.

Do I need an inheritance tax exemption to sell this house?