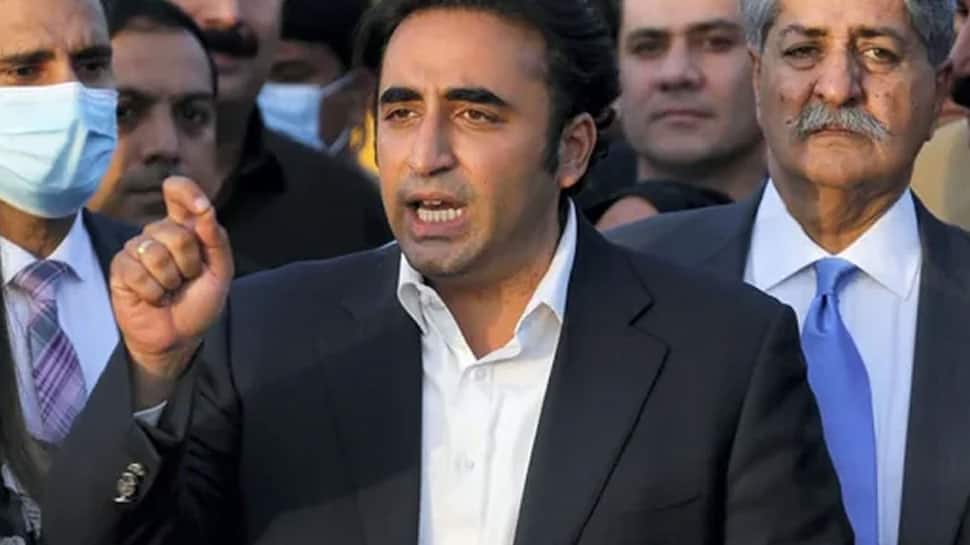 Islamabad: Bilawal Bhutto-Zardari, the scion of a prominent political dynasty, was sworn in on Wednesday as Pakistan’s new foreign minister in the coalition government led by Prime Minister Shehbaz Sharif.

He was given the oath of office and secrecy by President Arif Alvi in ​​a simple ceremony at the Aiwan-i-Sadr (President’s House), where Prime Minister Shehbaz, former President Asif Ali Zardari and other officials as well as leaders of the Pakistan People’s Party (PPP) were present.

Bilawal was sworn in nearly a week after meeting Pakistani Muslim League-Nawaz (PML-N) supremo Nawaz Sharif in London last week during which they discussed the “overall political situation” in Pakistan and are committed to working together on issues of national interest and policy.

It can be mentioned that the Bilawal PPP is the second largest party in the current coalition government of Prime Minister Sharif which was appointed on April 11th. Prime Minister Shehbaz is the chairman of the PML-N. Bhutto-Zardari, 33, has been tasked with mending frayed ties with the United States and other Western countries.

Bilawal is the leader of the Pakistan People’s Party (PPP) and the son of three-time former Prime Minister Benazir Bhutto who was killed in a bomb and gun attack during a political rally in Rawalpindi in 2007. The Bilawal’s father, Asif Ali Zardari, is a former Pakistani president.

Benazir’s killer was never caught and a UN investigation found that Pakistani authorities failed to protect her or properly investigate her death.

His mother Benazir was the daughter of former Pakistani Prime Minister Zulfiqar Ali Bhutto. Zulfiqar was deposed in 1977 by the military when General Ziaul Haq imposed martial law. He was tried for conspiracy in a murder case and hanged in 1979. Three of his four children, including Benazir, were violently killed, making the family Pakistan’s most bereaved political dynasty.

Zulfiqar also started his career as foreign minister in the 1960s, bearing an uncanny resemblance to Bilawal.

Restoring ties with India and the United States

An Oxford graduate, forward-thinking liberal politician, Bilawal took office at a crucial time as he faces multiple challenges such as mending strained ties with the United States and finding a way to relaunch the peace process with neighboring India.

He will accompany Prime Minister Shehbaz Sharif on a visit to Saudi Arabia on Thursday to boost trade and investment, in a bid to address a gaping current account deficit and dwindling foreign exchange reserves.

Bilawal took over as leader of the Pakistan People’s Party (PPP), three days after his mother’s assassination in December 2007. Although he was suddenly catapulted into Pakistani politics, he initially kept a low profile and instead focused on completing his history degree at Oxford. University.

However, he returned to Pakistan in 2010 and has since played an active role as PPP chairman and in national politics. It is also the first time that Bilawal has been given a key position in the government and given the key portfolio of the country’s foreign minister. He was first elected to the National Assembly in 2018.

He became the head of the foreign ministry at a crucial time when Pakistan needed a steady hand to steer its foreign policy through choppy waters.

Imran Khan was ousted from power earlier this month after losing a vote of no confidence in his leadership, which he said was part of a US-led plot targeting him due to its independent foreign policy decisions on Russia, China and Afghanistan. However, he provided no credible evidence to support his claim. The United States strongly denied his claims.

Pakistan’s relations with India deteriorated after New Delhi announced the withdrawal of special powers from Jammu and Kashmir in August 2019. India said it wanted normal neighborly relations with Pakistan in an environment free from terror, hostility and violence. India said it is Pakistan’s responsibility to create an environment free from terror and hostility.

(With contributions from the agency)

Beneficiaries must now reapply for the R350 grant, here’s why