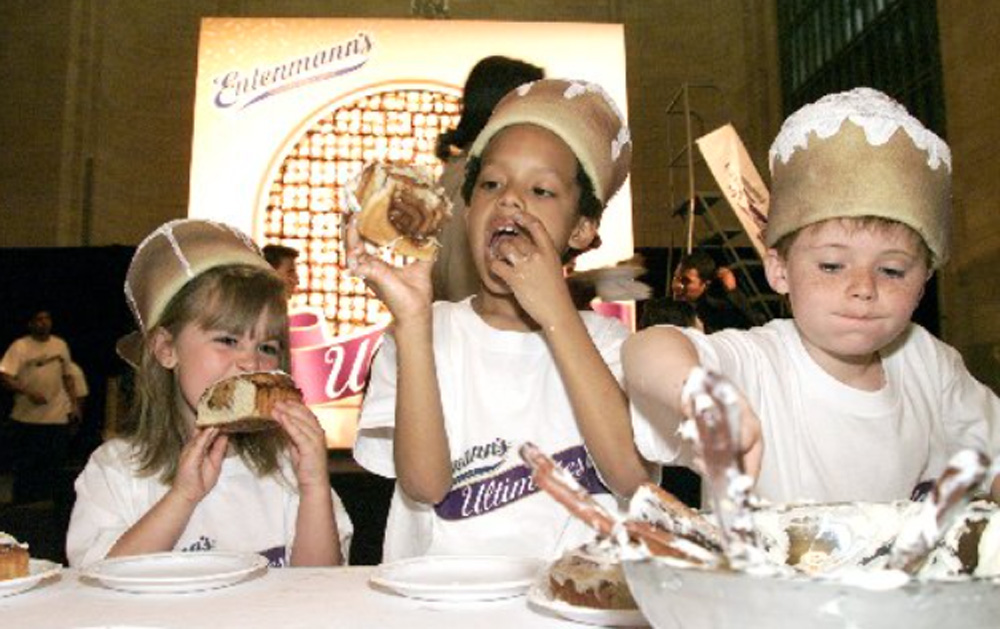 Charles Entenmann dies; scientific heir to a family of bakers

Charles E. Entenmann was a grandson of William Entenmann, a German immigrant who founded a bakery in Brooklyn in 1898, delivering baked goods door-to-door.

The company moved to Bay Shore on Long Island, and the founder’s son, William Entenmann Jr., took over. William Jr.’s wife and three sons inherited the bakery after his death in 1951.

According to Newsday, Charles Entenmann focused on the engineering and technical aspects of Entenmann’s, while his brother Robert specialized in sales and his brother William focused on baking.

The new generation of Entenmann began delivering to supermarkets and were the first to use “transparent” cake boxes to attract shoppers.

Perhaps best known for its variety of crumb cakes, it offered a wide range of items including donuts, bread cakes, cinnamon rolls, pastries and cookies. Because many of its products “sell better closer to home” — in the company’s words — only Little Bites donuts and mini muffins have been available in California in recent years.

After expanding Entenmann’s nationwide in the 1970s, the family sold the business to pharmaceutical company Warner-Lambert. The brand has been sold several times since then and is now owned by Bimbo Bakeries USA.

Charles Entenmann, known as Charlie, moved to Florida in the 1980s and founded Biolife LLC, which created technology to help seal wounds, his son said. He also supported and conducted cold fusion research, and the family suggested memorial donations to the New Energy Foundation, to which he was a major contributor.

“Nobody knows how he got so smart. He never went to school,” his son said. “I don’t think he ever forgot what he read.”

While Entenmann’s cakes and pastries inspired generations of Americans to break their diets, Charlie Entenmann was not among the followers, his son said.

“I’m going to tell you something that’s been pretty much a secret, most of my life anyway,” her son told Newsday. “He didn’t eat Entenmann’s cake. … He just wasn’t a dessert guy.

Mayawati, political heir of Kanshi Ram and first Dalit CM of UP

An heir to RI deli meats, a $1 million donation to Tufts, and a new way to make meat