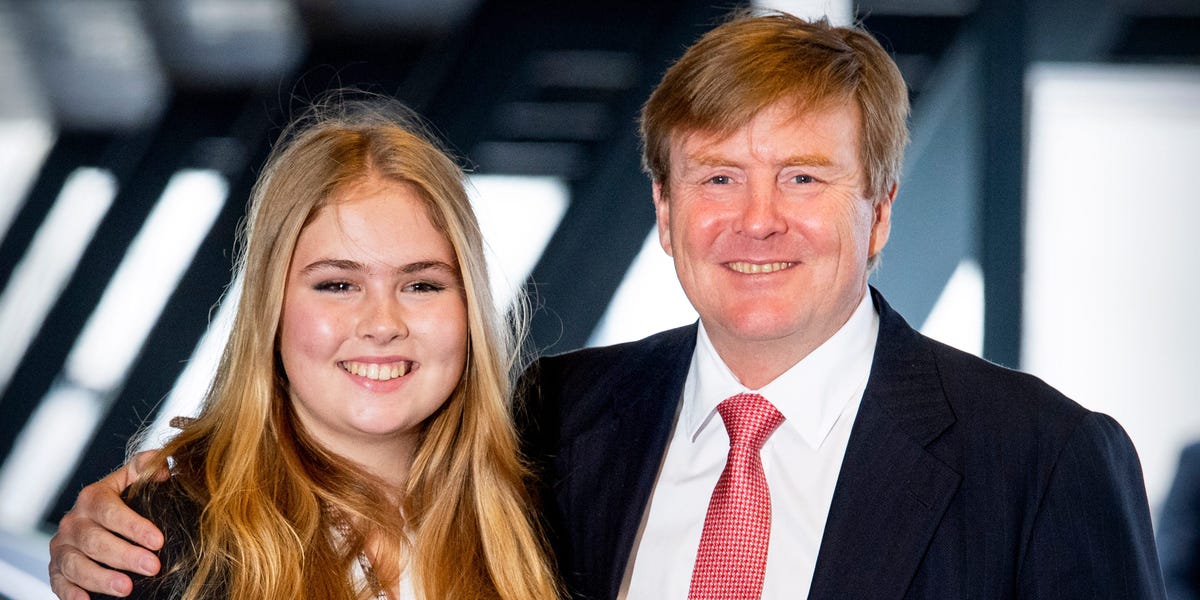 Princess Catharina-Amalia, the 17-year-old heir to the Dutch throne, has said she does not want to be queen yet, according to a new biography.

Claudia de Breij’s book “Amalia” was published in the Netherlands on Tuesday, Mail Online reports. In an excerpt from the book, the princess said that if her father, King Willem-Alexander, 54, were to die suddenly, she would ask her mother to intervene temporarily, the publication reports.

â€œBut I said to my dad, ‘Just keep eating healthy and getting plenty of exercise,â€ the princess told Breij, according to the Mail Online.

Breij’s biography is based on “personal interviews with the princess” on Amalia’s 18th birthday on December 7, a Royal Household representative told Insider. The representative added that the princess had told Breij that “she had ’embraced’ being the future queen of the Kingdom of the Netherlands, although I hope she will fulfill the role of head of state. a little ‘later’ (to finish her studies first.) “

If King Willem-Alexander died before Amalia’s 18th birthday, his mother, Queen MÃ¡xima, could act as the new monarch’s supervisor.

Dutch civil law states that the heir becomes eligible to inherit the throne on his 18th birthday. If the monarch is a minor, “parental responsibility and guardianship” and oversight can be regulated by an act of Parliament, depending on the law.

Amalia also spoke in the biography of constitutionally required consent for marriage.

“If this is the man who supports me, who I love, who I want to spend my life with and Parliament doesn’t approve, well, we’ll just have to see what I’m doing. I can’t choose. myself. So I can’t give the best for our country, “she said, according to Netherlands News Live.