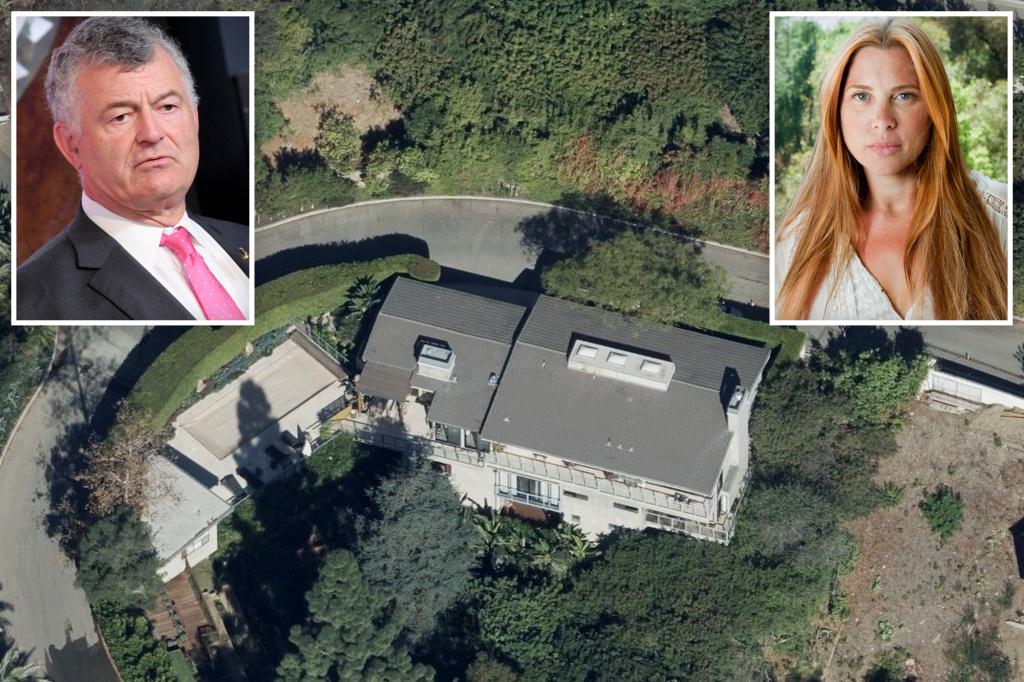 Cosmetic heir William Lauder has settled a lawsuit over a $7 million Bel Air mansion that sparked an all-out legal battle between the Estée Lauder chairman and his former mistress, New York socialite Taylor Stein, The Post.

According to court documents obtained by The Post, the executive chairman of the Estée Lauder Companies and Stein reached a settlement on August 9, but the terms of that agreement remain confidential.

Stein originally filed a lawsuit in Los Angeles in August 2018, claiming Lauder backed out of their deal when he refused to make annual payments for the sprawling five-bedroom, six-bathroom home as long as she , their teenage daughter and her brother lived there. .

Stein also alleged that Lauder continually harassed her and hired top private investigator Jack Palladino to spy on her, sources told the Post.

Lauder fired back with his own lawsuit and claimed that Stein violated their 2007 confidentiality agreement and a “non-disparagement” provision “multiple times”, which he says triggered a “clawback” provision that exempted him from having to pay for the house and would allow him to evict his baby mama and former mistress from the Bel Air mansion.

Under their 2007 deal, Lauder reportedly agreed to pay Stein $1 million for each year she remained silent and did not publicly reveal that he was her daughter’s father.

Lauder, son of billionaire Leonard and Evelyn Lauder, wanted to keep his affair with the socialite out of the press.

Stein, the daughter of legendary nightclub owner Howard Stein, agreed she would not come within 100 yards of members of the Lauder family in Palm Beach, Aspen and New York, according to a report by Forbes.

In court papers, Lauder said he “had no interest” in deporting Stein, his daughter, or Stein’s brother, but said the socialite “should not personally benefit from his failings.”

The feuding exes agreed on one thing: They asked the court to seal various documents in the case because of the sensitive information about them and their love child.

According to court records obtained by The Post, the judge on September 2 granted their joint motion to seal the documents to protect their teenage daughter.

The feud between the two began in 2020 after the couple’s then 13-year-old daughter posted on social media that her parents were divorced. Lauder said the post also violated the confidentiality agreement, sources said.

It’s unclear if Stein will have to vacate the residence, but according to the Los Angeles County Registrar’s Office, Stein’s trust is still listed as the owner of the $7 million Bel Air mansion.

Messages to Lauder and Stein’s attorneys were not returned.

Stein was arrested for misdemeanor domestic violence in 2013 after the former couple argued on the street in Los Angeles.

The socialite pleaded no contest and was sentenced to complete 13 days of community service cleaning the streets for the California Department of Transportation.

The Difficult Task of Creating a Trust for an Alcoholic Heir