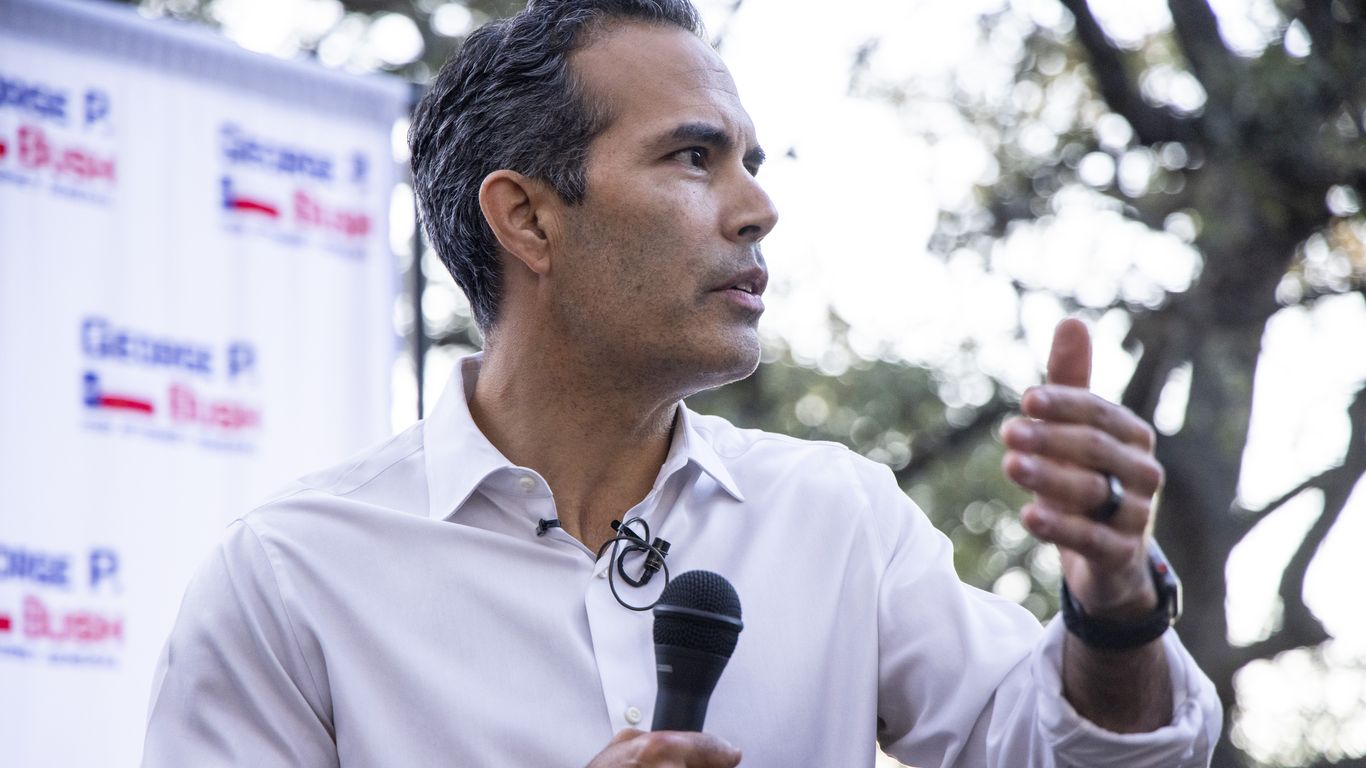 George P. Bush, grandson and nephew of two former US presidents and once heir apparent to a GOP dynasty, badly lost last week in his bid to become Texas Attorney General.

Driving the news: Texas Attorney General Ken Paxton, who faces criminal warrants charges and an FBI investigation into separate corruption charges, crushed Bush by more than 35 percentage points in a runoff despite the Bush family’s longstanding connection to Texas politics.

Rollback: George P. Bush came onto the scene in 2000 when his uncle, George W. Bush, ran for president.

The plot: Son of former Florida Governor Jeb Bush and Mexican-born Columba Bush, George P. Bush once espoused his uncle’s commitment to immigrant rights, but later took a tougher stance as the GOP was moving further to the right.

Yes, but: Bush would be tweet video later of him having a friendly phone conversation with Trump as he wooed him for an endorsement. Asset Paxton approved.

Between the lines: Bush was unpopular in part because of his family’s reputation, according to a investigation of Republican voters conducted in March.

What they say : “Bush emerged from the experience not only ready to ignore his family’s defamation, but ready to openly embrace his bully,” the Mexican journalist said. León Krauze wrote for the Washington Post.

Bush said in a statement after his defeat that he “will continue to fight for the rule of law in Texas”.

Editor’s note: This story has been updated with additional details on Bush’s approval among Republicans.

Subscribe to Axios Latino and get more important Latino and Latin American news delivered straight to your inbox on Tuesdays and Thursdays.