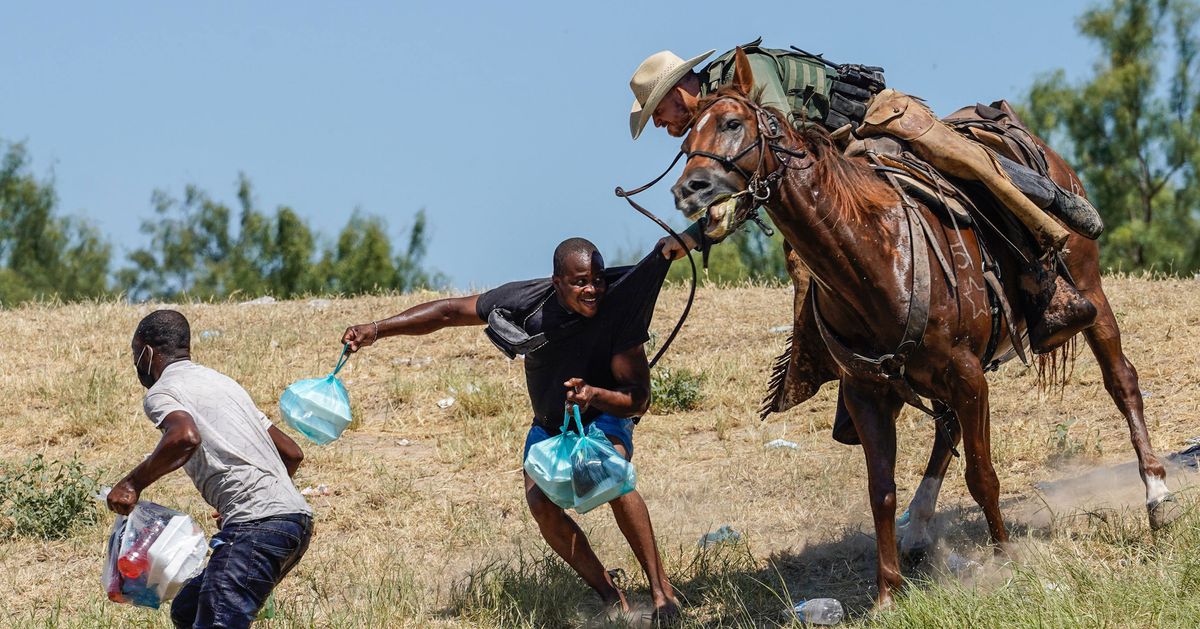 Some images burn in the brain. In it, a US Border Patrol agent on horseback strikes a whip near the face of a Haitian migrant; Reuters reports that he then grabbed a man by the shirt. Migrants at our border are fleeing poverty and political chaos; they are looking for the same future we all want for ourselves. They found a violent reception in Joe Biden’s America. Asked about the use of whips by border officials, White House press secretary Jen Psaki said she did not think “anyone who saw these images would think it was acceptable or appropriate.”

It’s parenting rhetoric, the language a person uses to express disappointment with a child who misbehaves. The Mounted Officer offers a more accurate representation of the Biden administration’s stance on immigration. In at least one respect, Biden differs little from his hated predecessor, Donald Trump.

As The Associated Press reports, the administration’s massive expulsions of migrants are possible because Biden left a Trump policy partially intact. The policy, introduced by Trump in March last year, citing COVID, “allows migrants to be immediately expelled from the country with no possibility of seeking asylum.” Biden made an adjustment to the rule: He exempted unaccompanied migrant children from his restrictions. Instead of a broader, more humane reform, Biden’s decision looks like a capitulation to a political lens, rather than a genuine desire to right the outrages of the Trump era. Biden corrected the policy that caused the most public outrage. However, all other migrants remain vulnerable.

This is a result that some migrant advocates may have predicted. Biden, after all, was Barack Obama’s vice president, making him complicit in that administration’s similar efforts to deport people en masse. When protesters from RAICES Action disrupted a Democratic debate in February 2020, they targeted some anger directly at Biden himself. â€œYou kicked out 3 million people,â€ one shouted when Biden started to speak.

Protesters highlighted a crucial question about Biden: he said he wanted to build America back better, but for whom? For immigrants and their advocates, a Biden presidency was a risky gamble.

The Obama administration’s record on deportations underscores just how much immigration restrictiveness and the xenophobia that fuels it are bipartisan sins. The Democratic Party wanted voters to believe that Trump’s White House cruelty was partisan. Reject Trump, and the GOP with him, and a different future awaited the nation. But this future, it is clear, is exclusive. If Biden ever believed that immigration could enrich America, that the right to asylum is sacrosanct, that America owes anything to human beings seeking refuge at its border, it is not obvious . Indeed, the administration has stepped up eviction flights as the outcry grew in Haitian diaspora communities in cities like Miami. “Our political approach to Haiti remains deeply flawed and my recommendations have been ignored and rejected,” Daniel Foote wrote to Secretary of State Antony Blinken in a letter resigning from his post as US Special Envoy for Haiti. “I will not be associated with the inhuman and counterproductive decision of the United States to deport thousands of Haitian refugees and illegal immigrants to Haiti, a country where American officials are confined in secure complexes due to the dangers posed by armed gangs controlling daily life. . “

Biden, meanwhile, seems indifferent, both on the perspective of his policy and on the fate that awaits the Haitians he is hunting. Perhaps he thinks voters won’t care about Haitians, that his approval rating will plummet even lower if he shows mercy at the border. No one should ever underestimate the racism that drives much of American society; Trump won, in part because he was the kind of person who would call Haiti a “shitty country.” But it is moral cowardice to let racism rule politics. Images taken at the southern border distill immigration restrictiveness to its purest essence. Biden’s White House is the whip hand. Better take that whip and burn it. They want a measure of peace, a crumb of prosperity. To play a role in the nation, Biden says he wants to build. It’s not much to ask.

If Biden is keen on distinguishing himself from Trump, he will heed his criticisms and reverse the deportation policy he left in place. Until he does, he preserves Trump’s legacy. The result shames Biden, and it shames us too.

Daily news about the politics, business and technology that shape our world.


By submitting your email, you agree to our terms and privacy notice and to receive email correspondence from us.