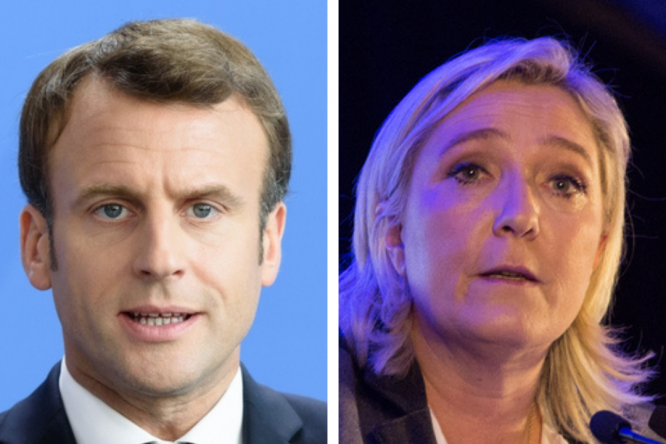 Emmanuel Macron and Marine Le Pen will spend the next two weeks promoting their widely opposing policies in a bid to garner support from the French public in the race for the second round of this year’s presidential election.

The two candidates differ on nearly everything from pensions to national security to foreign policy, but their views are close to aligning when it comes to inheritance rights (transmission tax).

Both are in favor of reducing the tax rate on property passed on after death, but would not achieve it in the same way.

The outgoing president and candidate of La République en Marche would also reduce the tax applied to donations and inheritances by:

A child would be entitled to € 300,000 before being subject to inheritance tax.

This would of course mainly benefit the wealthiest families, because the heritage of the average Frenchman amounts to €118,000, according to figures from INSEE.

Mr. Macron wants to adapt the inheritance tax system to the reality of today’s society, allowing people to bequeath gifts to indirect descendants such as blended families without being penalized.

One could thus give up to €100,000 to one’s brothers, sisters, nephews, nieces and stepchildren without paying tax.

“Many people want to bequeath [money] to their nephews, morsels, grandchildren and many families are blended families who currently have almost no tax deductions,” the president previously said.

Stepchildren can only receive €1,594 before tax is applied at a significant rate of 60% as things stand, as inheritance ‘duty’ and tax exemptions are largely limited to links some blood.

Nephews and nieces can only receive €7,967 tax-free, with anything over that being taxed at 55%.

The national Rassemblement candidate said that if she became president, she would “prioritize the circulation of money in the economy and the support of young people”.

Ms Le Pen said she was campaigning for a “rooted France”: “my priority is that French real estate assets are kept for the French,” she said.

In order to “maintain the transmission of our heritage within families”, it indicated that it would exempt assets with a value of up to €300,000 from the calculation of inheritance tax.

Existing laws already provide for a 20% tax reduction on principal residences, provided that the accommodation is still occupied by a surviving spouse, PACS partner or dependent child.

Currently, grandparents can bequeath € 31,865 to each of their grandchildren every 15 years tax-free, which means that a small child can receive a total of € 127,460 in total all their four grandparents before amounts are subject to tax.

Ms Le Pen would allow grandparents to give €100,000 tax-free, which is €68,135 more than the current allowance and the same amount each parent can leave to their children tax-free.

The change would mean that a grandchild would be entitled to € 400,000 tax free.

Ms Le Pen would also reduce the 15-year period to 10 years, meaning that the same sums could be exempt from tax again after this period.

Opening tax returns online: update regarding the British after the Brexit

Macron – Le Pen: What do they each undertake to change if they are elected?

French inheritance: what the widow/widower must do to stay with a roommate

Disney heir comes out as trans and criticizes Florida law