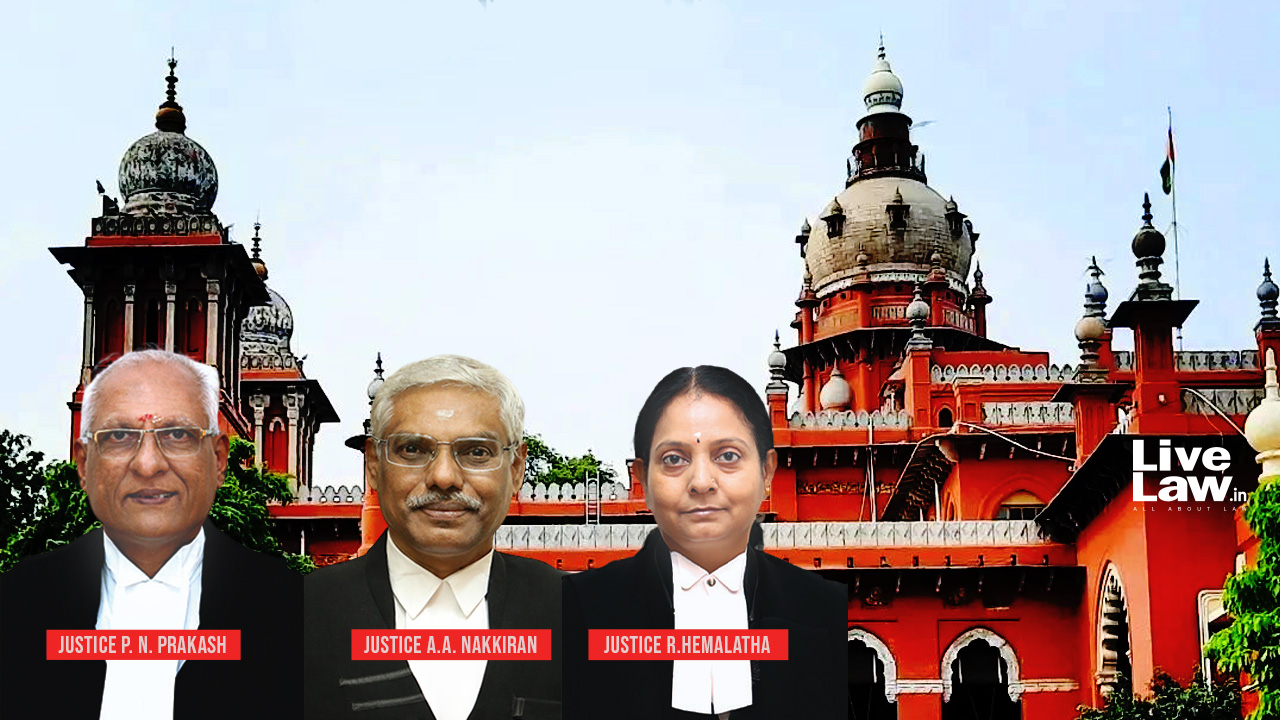 A three-judge bench of the Madras High Court recently decided on the powers of a Tahsildar to issue a legal inheritance certificate for intestate succession for Class II heirs.

The bench of Justice PN Prakash, Judge R Hemalatha, and Judge AA Nakkiran is of the opinion that the concept of inheritance is determined by the various personal laws. Thus, the legal inheritance certificate issued by the Tahsildar has no effect on any party’s legal right conferred upon it under personal laws. He observed,

“Tahsildar and the tax inspector cannot be expected to go on a wild goose chase in search of the heirs of the deceased armed with Mulla’s partition table of Muslim law or a manual prescribing the mode of distribution envisaged in Parts II and III of Chapter V of the Indian Succession Act, 1925. We cannot extend the functions of the Tahsildar from a purely administrative character to a quasi-judicial character, as this would lead to total chaos and an increase in litigation.“

Thus, the Court was of the opinion that the prefix “legal heir” used in the certificates issued by the Tahsildar is clearly a misnomer and that they are simply “relationship certificates” reflecting the opinion of the Tahsildar on the relationship of the claimant and the persons named therein to the deceased; They cannot modify the status of legal heir conferred on a person by virtue of his personal law.

“The certificate of “legal heir” issued by the Tahsildar does not determine the status of any party as the heir of the deceased. This status is conferred on a person by virtue of his personal law and cannot be changed by mere executive instructions such as a circular,“It said.

Given the anomalies existing in this circular followed by the executive, the court also ordered the government to issue new government decrees rectifying these anomalies.

In Tamil Nadu, tax authorities like Tahsildars issued certificates of legal inheritance based on inquiries by tax inspectors, village administrative officers, etc. certificate as one of the duties of Tahsildars.

The authority of the Tahsildar to issue legal inheritance certificates to Class II legal heirs has been challenged in various courts around the country. When a batch of such decisions came before the Single Judge, he felt that there was an apparent conflict like the decision in E. Thirumurthy v Collector of Chennai and others [1998 Writ L.R 347] ruled that the Tahsildar had no power while in J. Babu v The Tahsildar [W.P.No. 5940 of 2017, decided on 27.07.2020] the court had issued a mandamus ordering the Tahsildar to issue a Class II legal inheritance certificate diluting the effects of the circular issued by the Department of Revenue. Finding that the conflicting views were irreconcilable, the case was sent to a larger tribunal for an authoritative decision.

ARGUMENTS OF THE PETITIONER

The claimants, represented by Mr. Naresh Vassudhev and MPV Balasubramaniam, among others, argued that it was incorrect to say that the Department of Taxation had no authority to issue legal certificates of inheritance. The power was supported by GO Ms. No.2906 dated 04.11.1981. It was argued that these circulars were accompanied by sanctions and that failure to comply would result in disciplinary proceedings. We also relied on a judgment rendered in WP (MD). 22184 of 2021, of 12.01.2022 in which the Tahsildar was responsible for issuing a certificate to Class II legal heirs if there was no contest.

The petitioners also argued that a certificate of legal heir was merely an acknowledgment of a pre-existing right and did not create any new rights. Thus, the issue did not require arbitration. There was no legislation in the state to issue certificates of legal inheritance, and therefore it was only traceable by executive orders.

ARGUMENTS OF THE DEFENDANT

The Additional General Counsel, Mr. Neelakandan, argued on behalf of the State that a certificate of legal heir could only be issued upon completion of the inquest and after reviewing the report of the tax inspector. There were also practical difficulties in identifying Class II legal heirs. It was only on this basis that the Government had issued the circulars of 2017 and 2019 limiting the issuance of certificates of legal inheritance to Class I legal heirs. It also maintained that there was nothing arbitrary in these circulars because they are intended solely to avoid unnecessary litigation.

Mr. Sharath Chandran, amicus curiae, argued that the granting of a certificate of legal heir cannot be attributed to the 1981 GO but to the 1987 GO which dealt with the functions of the Tahsildar. He also argued that the 2017 and 2019 circulars were executive instructions only and were not laws within the meaning of Section 13 of the Constitution. These were administratively binding on the Tahsildar. He further pointed out that the legal inheritance certificate issued by the Tahsildar is different from the inheritance certificate issued by the court.

Regarding the first question, the court observed that the certificate merely reflected the opinion of the Tahsildar on the relationship of the claimant and the persons named therein to the deceased and nothing more. She could not modify the status of legal heir conferred on her by the personal laws.

The court also observed that the 2019 circular had contradictory positions in that it allowed a father to apply for a legal heir certificate and at the same time prohibited the Tahsildar from issuing certificates to class II heirs (who includes the father). The court also questioned how the state could take a position on the fact that it was difficult to determine who was a Class II heir and at the same time it had provisions to issue certificates to the son of a predeceased daughter of a predeceased daughter simply because they were under Heir Class I.

“It certainly takes nothing more than modest common sense and practical experience to realize that it is easier to determine the relationship of an applicant as a father rather than an applicant who is the ‘son of a predeceased daughter of a predeceased daughter ” We are therefore of the opinion that the so-called justification for the exclusion of people like the father of the deceased is totally illogical.”

Finding that the circular had only copied and pasted the provision of the Hindu succession law, the court also questioned the applicability of these same provisions to non-Hindus who were covered by a different personal law. Therefore, the court found that the circular, in this respect, was ill-conceived.

In the end, Circular No. 9 of 2019 is only an administrative instruction that cannot go against the personal statutory right of the parties. We have no hesitation in concluding that the application of paragraph 3 of the circular to non-Hindus is totally wrong.

With respect to the second and third questions, the court held that the judiciary lacked the manageable standard to enter into this area and as such it fell solely within the purview of the executive. The court observed that it could not order the Tahsildar to flout administrative discipline. However, in exceptional circumstances, where the circular itself is arbitrary or abusive or goes against any provision of the law, the court may intervene.

However, considering that the 2019 circular was riddled with serious legal misunderstandings, the court found that such decisions would suffer from arbitrariness. Therefore, the court ordered the government to issue new orders without the anomalies.

With regard to the fourth question, the court held that government orders were made in the exercise of executive power and therefore the power of the Tahsildar was not without legal sanction. The court also observed that the power of the court under section 226 was limited. He could only issue mandamus ordering the Tahsildar to dispose of the request. The court observed the following:

Even so, we must hasten to sound the proverbial warning that judicial review is directed against the decision-making process and not against the decision itself. It is not for the Court to exercise the power of the authorities themselves in ordering the Tahsildar to issue a certificate of legal heir. The power of the High Court is limited to directing the consideration of the claim in accordance with the relevant guidelines and nothing more.

Property tax and inheritance tax in the UK: there is a solution