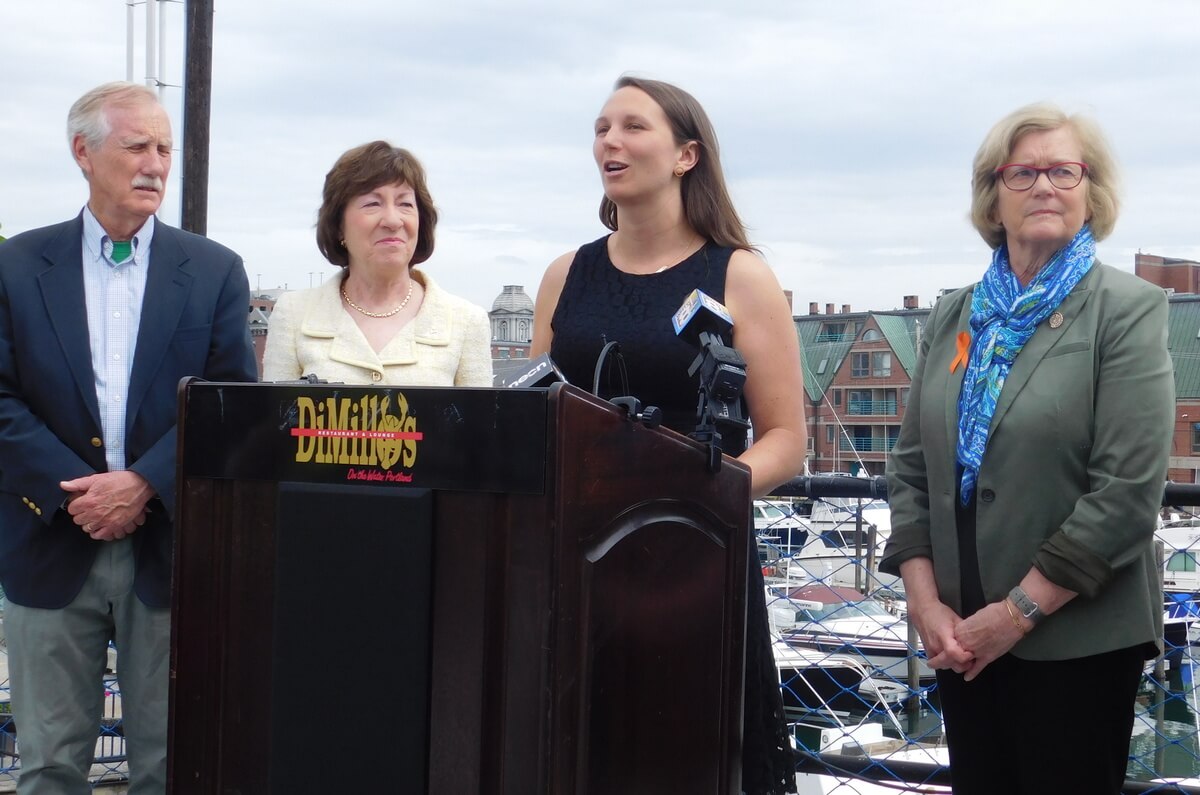 Maine among major beneficiaries of return of congressional assignments

WASHINGTON — Maine was one of the biggest beneficiaries as the original district bills returned to Congress in a $1.5 trillion bill recently signed into law by President Joe Biden, with an official tally showing modest amounts by past standards but widely distributed across the country.

Bipartisan legislation funding federal agencies this year contains 4,975 such projects worth $9.7 billion, according to an Associated Press review of items attributed to specific lawmakers in legislative documents. The projects listed, long called assignments, ranged from $4,000 for evidence-detection equipment for Huntington, West Virginia, to $13 million for railroad improvements in northern Maine and $350 million dollars to help restore Florida’s endangered Everglades.

The re-emergence of the projects after an 11-year hiatus, with transparency requirements and other curbs, marks a resumption of spending that allows lawmakers to tout achievements to voters. Two members of Maine’s congressional delegation — Sen. Susan Collins and Rep. Chellie Pingree of the 1st District — serve on the appropriations committees that shaped the package. The state had the fifth-highest share of allocations among states relative to population.

Marks of affectation are reviled by some as emblems of influence peddling and waste. But they have been openly embraced by lawmakers from both parties, who cite the constitutional power of Congress and say they know their local needs.

“I’m very proud of them,” Senator Richard Shelby, a top Republican on the Senate Appropriations Committee, said of the $648 million he raised for his state.

This included $126 million for two campuses of the University of Alabama, its alma mater, and hundreds of millions to improve the seaport and airport in the city of Mobile. Shelby’s bills were priced the highest in Congress, according to Taxpayers for Common Sense, a nonpartisan group that favors fiscal restraint and produced broadly similar numbers in its own preliminary study. Sen. Lindsey Graham, RS.C., was next with $361 million.

Many lawmakers say the money they earned for voters exceeded what the measure explicitly awards them. This is because Congress narrowly defines what is listed as home district projects. Support for large national programs that lawmakers know benefit their states is not included, so lawmakers can tout these amounts as accomplishments without having them officially listed as appropriations.

Senate Majority Leader Chuck Schumer, DN.Y., had 203 plans for New York, which the Taxpayers Group said was far more than anyone in Congress. They totaled $314 million and ranged from $27 million for upgrading Fort Drum’s water systems to $44,000 for improving neighborhoods in the city of Geneva.

But in press releases, Schumer and other New Yorkers took credit for other funding that was not on the lists. For example, he and Sen. Kirsten Gillibrand, DN.Y., listed $293 million they said they secured for the Air Force Research Laboratory in Rome, NY, as a result of “their fierce plea”.

The House has limited lawmakers to a maximum of 10 projects each, making senators more integrated into the process. Collins, a Republican, has made more than 70 requests while Senator Angus King, an independent who caucus with Democrats, has made more than 100. Long dispensed with little transparency, Congress stopped providing assignments in 2011 after high-profile abuse embittered voters. For some lawmakers, the bills retain a stigma, especially for Republicans, though Collins was among the party members who adopted the rules.

All but a handful of the 222 House Democrats have requested drafts for this year’s bill, compared with about half of the 210 Republicans. In the Senate 50-50, the items were requested by 46 Democrats and their two allied independents, but only 16 Republicans.

Even so, much of the largesse was bipartisan. The measure provided $5.1 billion for Democrats, $3.4 billion for Republicans and $600 million for projects sponsored by members of both parties, according to the Taxpayers’ Group. Almost everyone who asked for projects got them, including every member of the Maine congressional delegation.

The last time Congress used appropriations, in 2010, lawmakers disclosed 11,320 worth $32 billion, according to the Congressional Research Service, the nonpartisan research agency of Congress. The figures are not exactly comparable due to different methodologies, but suggest the practice has been curbed.

There was even room this year for bills from lawmakers who voted against all of the legislation that carries them. Of the 106 House Republicans with projects, 70 voted against one or the other or both sections of the legislation while collecting appropriations worth $946 million, according to taxpayers. In an unusual procedure, the House had divided the bill into separate security and other programs.

Rep. Garret Graves, R-La., voted against both parts of the legislation but won bills worth $45 million, among the highest numbers in the House. He cited the overall size of the bill and the lack of money for his state to recover from the hurricanes.

“I’m supposed to say I didn’t vote for the bill, so I’m not going to go work on projects for our district?” said Graves, who has secured funding for water and sugar cane research projects. “No, that’s not our job.”

Five GOP senators who opposed the bill received bills worth $386 million, according to figures from the Taxpayers Group: John Boozman of Arkansas, Richard Burr and Thom Tillis of North Carolina , Bill Cassidy of Louisiana and Mike Rounds of South Dakota.

Even Sen. Joe Manchin, DW.Va., perhaps the most notorious recent congressional mutineer, did well. He supported the $1.5 trillion bill last month, but in December he opposed Biden’s previous social and environmental legislation, sinking it. Rather than being punished by Democratic leaders for overturning what was the party’s primary legislative goal, the spending bill Biden signed included 86 West Virginia projects Manchin requested worth $164 million. dollars.

More articles from the BDN