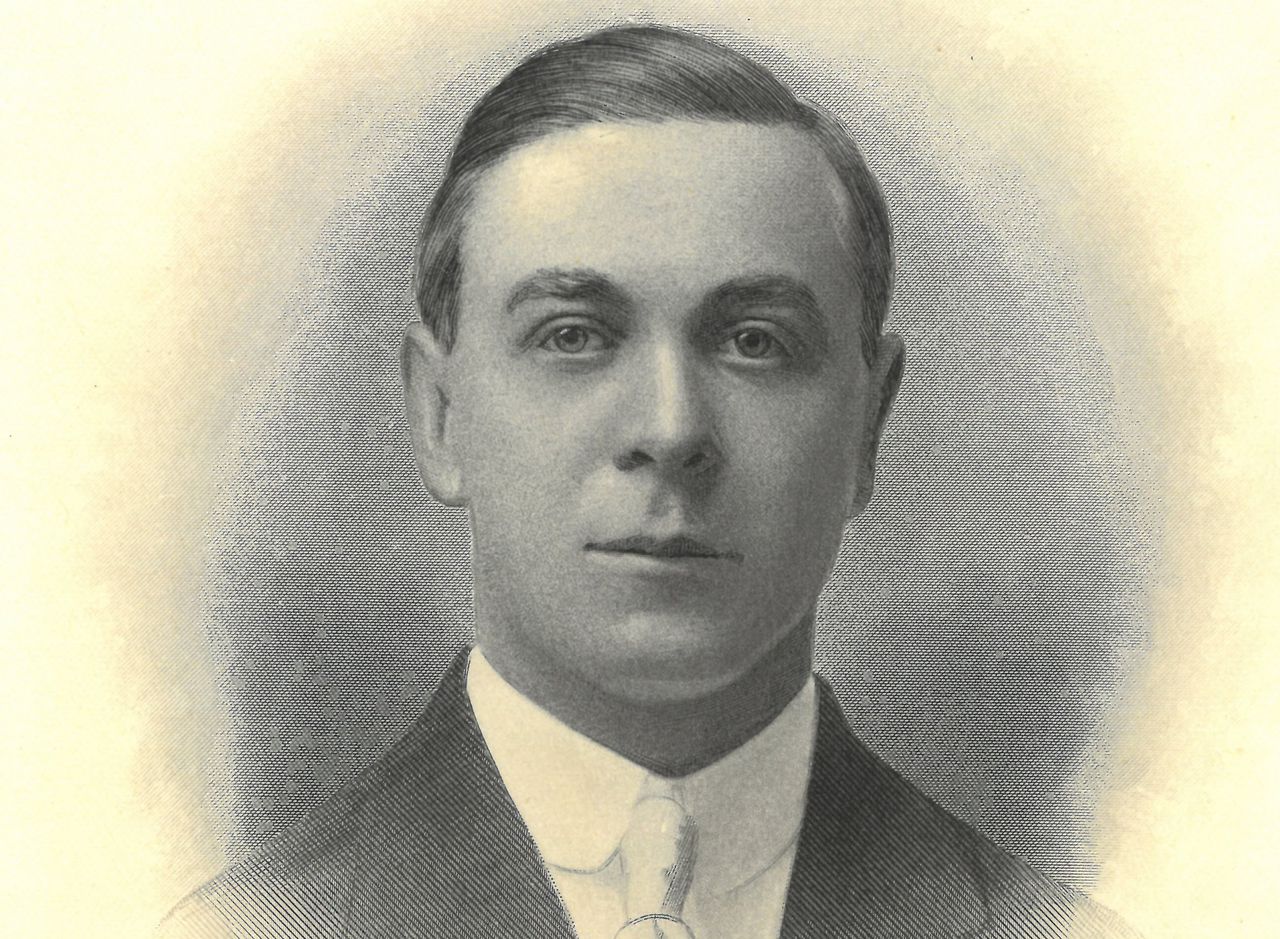 Chances are you’ve never heard of Julian Brown from Syracuse.

But if you lived in the city between 1911 and 1952, you definitely would have. Few city natives, except politicians or athletes, had more space in Syracuse newspapers at this time than Brown.

Like his famous father, Alexander, he was an inventor, perhaps best known for designing a revolutionary vehicle that would later become the model for a popular Volkswagen car. And he also built Syracuse’s most outrageous nightclub in 1931.

Journalist Mario Rossi, who covered him for years, wrote in 1985 that Brown was “brilliant and innovative” and that he was “a colorful, likable and somewhat eccentric millionaire and city man”.

But financial problems, four marriages and a habit of losing interest in what he started torpedoed his career.

Alexander Brown was very much the Syracuse version of Thomas Edison.

He helped start Brown-Lipe-Chapin Co., which became General Motors in Syracuse. He invented the Smith Premier typewriter, the LC Smith breech-loading shotgun, and the Dunlop “clincher” bicycle tire. He owned more than 300 patents, including a device for making split bamboo fishing rods and the automatic switchboard.

His eldest son, Charles, was an accomplished engineer and earned 43 patents.

Then there was Julien.

He opened a garage on West Genesee and North Franklin streets in 1908 at just 20 years old. It was a failure and was going nowhere.

In 1911 Brown opened another factory, this time to build a gasoline engine he had invented.

The newly-named Julian Motor Company would produce an engine that Brown “had perfected for years” and would be “the most expensive engine made in America.”

In September 1913, the company declared bankruptcy, leaving behind only a 15-acre factory, a prototype of the engine, and $24,942 in liabilities.

“Julian S. Brown has completed the organization of the Julian Brown Development Company which will continue work in developing his new air-cooled six-cylinder automobile,” the Herald announced on April 18, 1923, adding that the experimental car would be completed in a factory at 601 Fayette St.

When the car, which Brown named after himself, “The Julian”, was unveiled at 633 S. Warren St. on March 13, 1925, it was considered a “radical departure” from all other automobiles.

“An automobile whose power plant and main units are suspended over the rear wheels. The engine has six cylinders and is of the air-cooled radial type, used for high-powered design aircraft. It is part of a unit that includes the differential and the transmission and is suspended on springs above the rear wheels.

The car had 50 horsepower and was “easily able to maintain” 60 miles per hour. Designed to be a sports coupe, the driver of “The Julian” sat in a front center seat, with passenger seats stowed behind.

Brown eliminated 500 parts that appeared in other automobiles, and the Journal said the new car would provide “easy driving and easy handling.”

“Julian Brown was a visionary,” wrote automotive journalist Bill Vance in 1994. “A few years later, Ferdinand Porsche would follow the same air-cooled, rear-engined path to develop his Volkswagen ‘people’s car,’ which would continue to become the most popular car in automotive history.

But after that first preview in 1925, “The Julian” largely disappeared from local newspapers and only a “Julian”, owned by Brown himself, was created.

“THE HALF A MILLION DOLLAR FLOP”

Six months later, Julian Brown’s second wife filed for divorce and demanded child support for $3,500 a month, or about $60,640 in today’s money. At the same time, he was being sued by his first wife, who thought their divorce was illegal.

Nevertheless, he went on a kind of shopping spree.

He and his brother purchased 300 acres near Bridgeport on Oneida Lake. He owned parcels of land on James Street, Erie Boulevard, and six large apartment buildings. He had a yacht named “Bubbles”.

On September 5, 1931, in the midst of the Great Depression, he launched his most successful business to date.

Café DeWitt, on State Street and Erie Boulevard, has been billed as the “most elaborate nightclub in the East”.

The exterior was constructed of manufactured white stone. Inside, it was illuminated by “an ingenious system of color combinations which will give an exotic effect of subdued quality”.

“The modernist note is carried throughout, inside and outside the building,” the Herald reported the day before the club opened.

“The exquisitely designed panels are black and silver. The balustrade along the balcony running along the lobby is twisted iron also in silver and black effect. Rich quality black velvet curtains cover the walls.

One of Brown’s reps told the newspaper:

“The objective is to offer Syracusans a place to relax for an evening in a refined and friendly setting. It was Mr. Brown’s aim from the start that the club be of the best kind, but informal – a place where the guest can be completely at ease and enjoy the surroundings.

The food would be prepared by Carlos Alvarez, who had once cooked for the Spanish nobility.

Newspaper accounts indicate that Brown had spent between $500,000 and $1 million on Cafe DeWitt.

He told reporters it was his attempt “to overcome depression”.

“The man has courage,” columnist Fred Betts wrote. “At a time when many gentlemen who have large bank accounts and study stock charts until they tire their eyes and have to call in an eye specialist, he plunges in hot weather into the frightening dangers of ‘a substantial investment in a nightclub.’

Every seat was sold out on opening night, 620 people, with over 500 turned away.

But within a year, the club was in the hands of receivers.

In 1933, promising something “unlike anything” on the market, Brown opened the Electri-Craft Corporation in Eastwood, which made a “new kind” of rechargeable motor for small fishing boats.

It was probably Brown’s most successful venture, Electri-Craft boats were used by anglers in the 1960s, but he would see little of its success.

Soon he would be bankrupt again, his company and assets auctioned off.

It would probably be impossible to recount here all the court cases and litigation that Brown went through from the 1930s to 1952.

By 1937 he had gone through three costly divorces and declared bankruptcy.

“He has a mechanical streak, but he’s never been able to use his genius to bring him a steady income. He’s never shown business acumen. It’s not not a man of expensive habits His chief extravagance seems to have been to hire too many lawyers and acquire too many women.

When he inherited $500,000 after his mother’s death, he attacked the validity of her will, launched an expensive lawsuit, and then settled for the initial $500,000.

In 1941, his beloved yacht ‘Bubbles’, his $85,000 camp in Brewerton and the Electri-Craft factory were sold at public auction to satisfy creditors.

“I don’t think I know the legal effects of anything,” he once told the court.

His bankruptcy cases took 16 years to settle, and The Post-Standard wrote in 1952 that “the volumes of testimony and argument of attorneys in the many and varied legal actions which have made Mr. Brown Onondaga the ace litigator of all time would fill several five-foot shelves.

The Herald-Journal called Brown in 1939 “Syracuse’s most investigated citizen”.

Julian Brown died on April 4, 1964 in Daytona Beach after a short illness. He was 77 years old.

He was buried at the family mausoleum in Oakwood Cemetery.

In his garage, the original “Julian” car was found. After changing hands, it was restored and was part of the William Harrah automobile collection in Reno.

How Syracuse Battled the ‘Singing Demon’: Accounts of the City’s Historic Mosquito Wars

They bought this 850-acre retreat in Oswego County for $1.3 million and rents it out to nature lovers

Even before alien rumors at Area 51, UFO fever gripped Syracuse in 1947

Why did the £12m hotel cross the road? To make way for the Syracuse Hotel

This feature is part of CNY Nostalgia, a section on www.syracuse.com. Send your ideas and curiosities to Johnathan Croyle at [email protected] or call 315-427-3958.