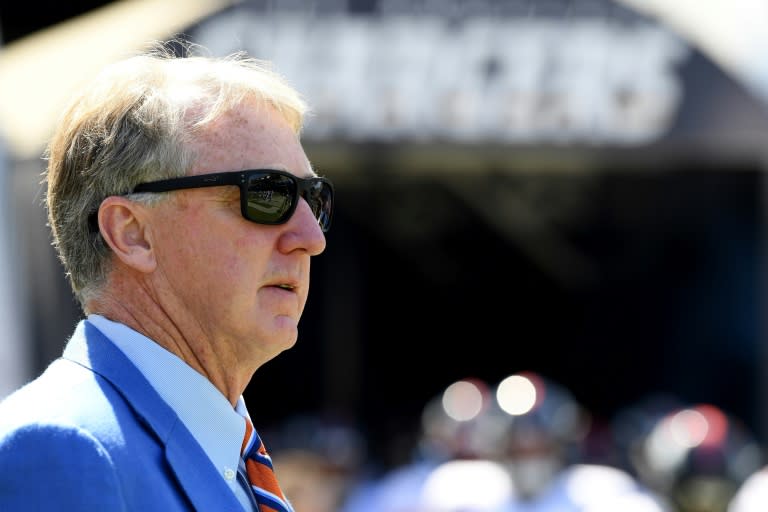 The Denver Broncos have reached a sale agreement with family-owned Walton-Penner Group, pending league approval of the deal, the NFL team announced Tuesday.

The winning bid from Wal-Mart store heir Rob Walton, his daughter Carrie Penner and son-in-law Greg Penner and other investors was worth $4.65 billion, according to multiple reports.

That would be the highest sale price for a North American sports team.

The Pat Bowlen Trust’s sale of the three-time Super Bowl champion club must be approved by the NFL’s finance committee and at least 24 of the league’s 32 club owners.

“Today marks an important milestone on the path to an exciting new chapter in Broncos history,” Broncos President Joe Ellis said. “I’m confident their leadership and support will help this team achieve great things on and off the pitch.”

Pat Bowlen bought the Broncos in 1984 and died in 2019. A trust bearing his name owned the team ever since.

“We are thrilled to have been selected to move forward with the purchase of the Denver Broncos,” Rob Walton said in a statement. “We look forward to earning the trust and support of the NFL as we take the next step in this process.”

The Broncos won their third Super Bowl crown in 2016, but haven’t made the playoffs since. They went 7-10 last year for a fifth straight losing season.