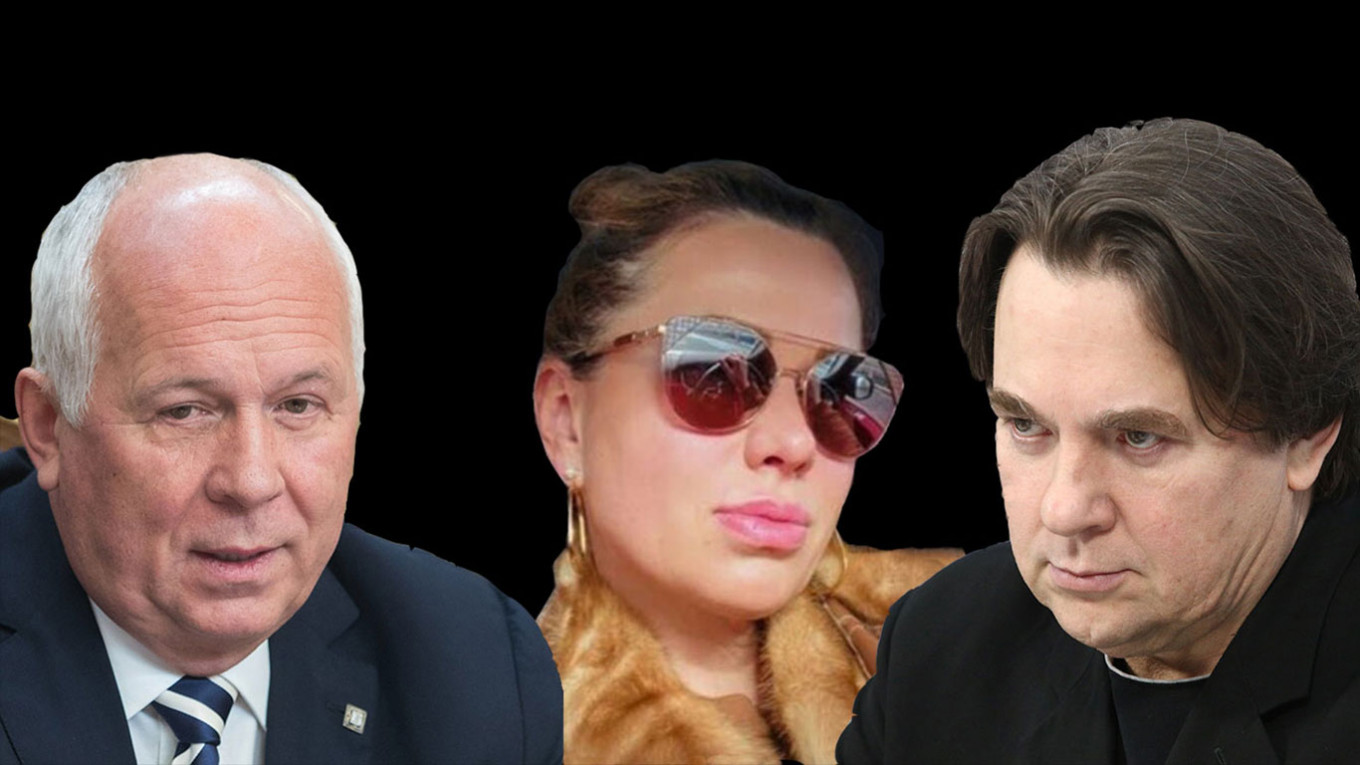 Leakage of financial documents published by an international group of investigative journalists on Sunday implicated several close associates of Russian President Vladimir Putin in the alleged concealment of large amounts of wealth in offshore companies.

The International Consortium of Investigative Journalists said Russian nationals are “disproportionately represented” in the Pandora Papers, with 14% of the more than 27,000 named companies having Russian beneficiaries and 46 Russian oligarchs using offshore companies.

The investigation site iStories, the ICIJ’s partner organization in Russia, searched the biggest names in Putin’s inner circle involved in the leak:

iStories reported that Ernst, the CEO of Russia’s largest state television channel, made billions of rubles demolishing Soviet-era cinemas in Moscow and building shopping malls in their stead through an offshore company.

Ernst, 60, registered an offshore company in his name in the British Virgin Islands in 2014, the same year he orchestrated the opening and closing ceremonies of the Sochi Winter Olympics.

In November 2014, Moscow city authorities auctioned off 39 historic Soviet-era cinemas in the capital to a company linked to Ernst’s offshore company, Moscow Dvorik Ltd. bank partly owned by Russian state-owned bank VTB – used to finance its stake in the deal.

Ernst denied that the deal was part of his compensation for Olympic Winter Games ceremonies and told the ICIJ that he hadn’t done anything illegal, because “that’s how my parents m ‘have raised “.

The family of Sergei Chemezov, CEO of Russian state defense conglomerate Rostec, has hidden properties worth 22 billion rubles – including a superyacht and a villa in Spain – from offshore companies, iStories noted.

Chemezov, who is subject to US and EU sanctions, is considered one of Putin’s closest associates and one of the most influential figures at the intersection of Russian business and politics.

According to the investigation, Chemezov’s daughter-in-law Anastasia Ignatova is the owner of the offshore company Delima Services Ltd., registered in the British Virgin Islands, with which the 85-meter, $ 140 million yacht is registered. She would also possesses a hacienda in Spain worth an estimated 15 million euros.

The Pandora Papers have discovered a new luxury villa in Spain believed to be owned by Ignatova and Chemezov’s mother-in-law Lyudmila Rukavishnikova through offshore Penimar Holdings Ltd., among other assets.

Financial records analyzed by the ICIJ also revealed that Putin’s alleged mistress, Svetlana Krivonogikh, had purchased a $ 4.1 million apartment in Monaco through an offshore company of which she became a beneficiary in 2006.

Russian authorities this summer banned Proekt, the investigative outlet that exposed the story of Putin’s alleged extramarital daughter, as an “unwanted” organization this summer and placed several of its journalists on their list. â€œForeign agentsâ€.

German Gref, CEO of public lender Sberbank, set up an offshore company in Singapore that was used to store more than $ 55 million in family assets, according to documents obtained by Pandora Papers.

The beneficiaries of the offshore Angelus Trust family were Gref’s wife, Yana, son Oleg, daughters Maria and Eva, brother Eugene and an individual named Philip Albert Gref, according to the investigation.

Nikolai Tokarev’s son-in-law, the head of state-owned pipeline giant Transneft and a long-time acquaintance and colleague of Putin, became a Cypriot citizen and set up offshore to manage Transneft’s subcontractors with contracts worth billion rubles, iStories mentioned.

Tokarev’s daughter, Maya Bolotova, and her now ex-husband Andrei Bolotov received passports from EU member Cyprus in 2014, the same year Transneft was sanctioned by the EU.

Financial records cited by the Pandora Papers show that Bolotov was the beneficiary of a dozen offshore companies. In 2014-2015, Bolotov was the beneficiary of at least three Cypriot companies via companies registered in the British Virgin Islands with Georgy Bedzhamov, the former co-owner of Vneshprombank who was under investigation for further embezzlement. of 100 billion rubles in 2015.

Roman Putin, son of the cousin of the president and beneficiary of Infinite Capital Corp, registered in 2012 in the Seychelles, and its owner until 2013.

Nikolai Yegorov, one of Putin’s university friends and since 2016 also the owner of Pollux Global Corp registered in the British Virgin Islands. Since 2018, the company has been in compulsory liquidation.

Victor Khmarin, another college friend of Putin who became a beneficiary of the offshore company Luciano Services Corp, registered in the British Virgin Islands.