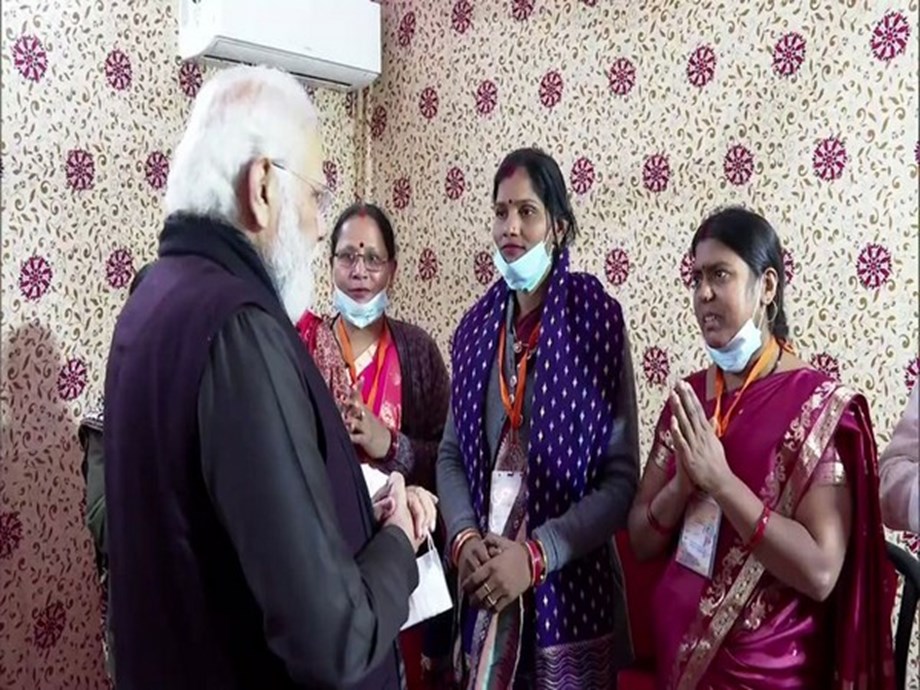 Prime Minister Narendra Modi spoke Thursday evening with beneficiaries of various programs in Varanasi district, Uttar Pradesh. â€œI had the opportunity to have a memorable interaction with the people of Kashi,â€ Prime Minister Modi said in a tweet.

The prime minister also shared the video of his interaction with the residents of Kashi. Earlier today, the Prime Minister inaugurated and laid the foundation stone for 22 development projects worth Rs 870 crore in his constituency of Lok Sabha, Varanasi.

Prior to the inauguration, the Prime Minister reviewed development plans with the Chief Minister of Uttar Pradesh, Yogi Adityanath. The Prime Minister laid the foundation stone for â€œBanas Dairy Sankulâ€ at the UP State Industrial Development Authority Food Park, Karkhiyaon, Varanasi.

Spread over 30 acres of land, the dairy will be built at a cost of around Rs 475 crore and will have a facility to process 5 lakh liters of milk per day. PM Modi has digitally transferred around Rs 35 crore bonus to the bank accounts of over 1.7 lakh milk producers associated with Banas Dairy.

He also laid the foundation stone for the biogas-based electricity production plant for the factory of the Cooperative Union of Milk Producers, Ramnagar, Varanasi. PM Modi also launched a portal and logo dedicated to the Dairy Conformity Assessment System, developed by the Bureau of Indian Standards (BIS) with assistance from the National Dairy Development Board (NDDB).

According to the Prime Minister’s Office (PMO), the unified logo, including the logos of the BIS and NDDB quality brands, will simplify the certification process for the dairy sector and reassure the public about the quality of dairy products. The Prime Minister practically distributed the â€œGharauniâ€ rural residential rights package under the Union Ministry of Panchayati Raj’s Swamitva program to more than 20 Lakh residents of Uttar Pradesh.

He also inaugurated several urban development projects in Varanasi. These include six projects for the redevelopment of the Old Kashi neighborhoods, a parking lot and a surface park in Beniabag, the beautification of two ponds, a wastewater treatment plant in the village. of Ramna and the supply of advanced surveillance cameras to 720 locations as part of the Smart City mission. PM Modi inaugurated a 50-bed integrated Ayush hospital in Bhadrasi. He also laid the groundwork for the Government’s Rs 49 crore College of Homeopathic Medicine in Tehsil Pindra as part of the Ayush mission.

The Prime Minister laid the foundation stone for two â€œ4 to 6 laneâ€ road widening projects for the Prayagraj and Bhadohi roads. The projects are expected to improve Varanasi’s connectivity and will be a step towards solving the city’s traffic congestion problem. Other projects inaugurated by the Prime Minister include a rapid breeding facility at the International Rice Research Institute, the South Asia regional center in Varanasi, a regional reference standards laboratory in the village of Payakpur and a lawyer building in Tehsil Pindra.

Parliamentary elections in Uttar Pradesh are scheduled for early next year. (ANI)