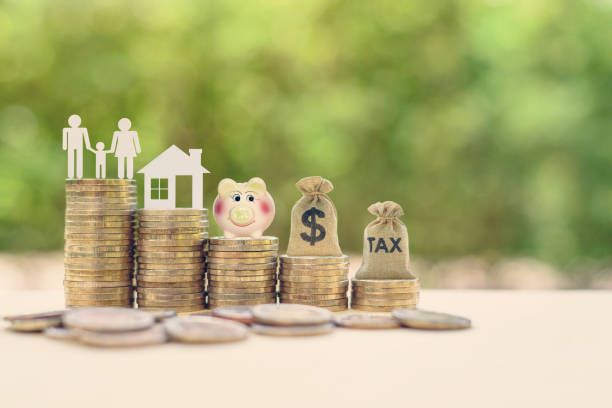 Property tax and inheritance tax in the UK: there is a solution

London, perhaps more than any other major city in the world, is considered a haven of peace and an attractive destination for wealthy individuals.

When acquiring residential property in the UK, depending on the level of investment, it was common for overseas investors to use structures to reduce their tax exposure; initially to Stamp Duty Land Tax (SDLT) and eventually to UK Inheritance Tax (IHT), which is charged at a rate of 40% on any amount above the “zero rate band” of £325,000. Indirect ownership also offered increased privacy by keeping an individual’s name off the UK land register.

Typically, a property would be purchased using a vehicle such as a foreign company, partnership or trust, but recent legislation means that such structures are generally no longer effective for IHT planning. As of 6 April 2017, non-UK domiciles indirectly holding UK residential property through overseas corporate structures have been brought within the scope of the UK IHT. The new rules apply retroactively to landholding structures created before the legislation came into force.

The UK government has also introduced a package of measures to make it less attractive to indirectly hold high-value UK residential property. Residential property worth more than £500,000 is subject to a higher rate of Stamp Duty Land Tax (SDLT) of 15% if acquired by ‘non-natural persons’ and is also subject to the annual Wrapped Dwellings Tax (ATED) on an ongoing basis. base.

The new Economic Crimes (Transparency and Enforcement) Act 2022, which was passed in March this year, will further introduce a public register of the beneficial owners of foreign entities (specifically including corporations and partnerships) that own property in the UK.

According to English common law, each individual is born with a “domicile of origin”, which generally follows the domicile of their parents at the time of their birth. Domicile is unrelated to the concept of residence or nationality. It is possible for an individual to be a resident of one country, domiciled in a second country and a national of a third.

As a result, many UK expats, even those who have resided in another country for decades, still find themselves – often unknowingly – domiciled in the UK and therefore subject to IHT globally. The only way to get rid of an original domicile in the UK is to acquire a ‘domicile of choice’ in a different country, which involves moving to that country, establishing a clear intention to move there reside permanently or indefinitely and to adequately sever ties with the United Kingdom.

If a person has succeeded in acquiring a preferred home in a new country but then abandons their permanent home or indefinite residence there, they will automatically return to their original home in the UK until they have demonstrably acquired another home of choice.

For non-UK nationals who own property in the UK, the issues are different. A person whose original domicile is not in the UK can usually retain their non-UK domiciled (non-dom) status for a long time after becoming resident in the UK, meaning that It is only subject to IHT in respect of UK assets. . However, this tax advantage is removed by the acquisition of “deemed domiciled” status, which is generally acquired at the beginning of the sixteenth tax year of residence in the United Kingdom.

Deemed domiciled status means that the scope of the IHT extends from UK assets to all assets globally, but the impact can be significantly reduced by ensuring non-UK assets are placed in a trust non-resident of the UK – known as ‘excluded’. property regulations” – before the acquisition of the status. This will ensure that non-UK assets remain outside the scope of UK IHT.

Transfer by sale or gift

This is generally the only realistic option for British expats looking to get rid of their original home in the UK, as retaining residential property in the UK risks jeopardizing any acquisition of a choice home in a other country.

It is important to remember that gifts to individuals are considered ‘potentially exempt transfers’ for UK tax purposes. This means that they will only be exempt from tax if the donor survives at least seven years after making the gift (the “seven-year rule”). It is also important to remember that if the donor continues to profit from the asset, the donation will be subject to IHT under the “Gift with Advantage Reservation” (GWROB) rules.

For investors who do not wish to sell or offer property in the UK, the only viable alternative remaining to protect against IHT is insurance. In its simplest form, life insurance is a contract that provides the insured with liquidity in the form of a cash payment when they need it most.

The beneficial owner can take out a “permanent” life insurance policy covering the full amount of the IHT. Beneficiaries can then use the policy proceeds to pay any IHT liabilities that become due. This is a proven method of funding potential IHT liabilities when other succession plans are not available.

To avoid the proceeds of the policy also incurring the IHT, it is essential that the policy is written in trust. This will ensure that the proceeds can be paid out to beneficiaries outside the estate for IHT purposes and will also avoid any forced probate or inheritance rules that may apply.

Premiums vary widely for many reasons, so it’s best to work with an advisor in the Private Client Area, such as Sovereign Group, to find the best fit for your personal situation.