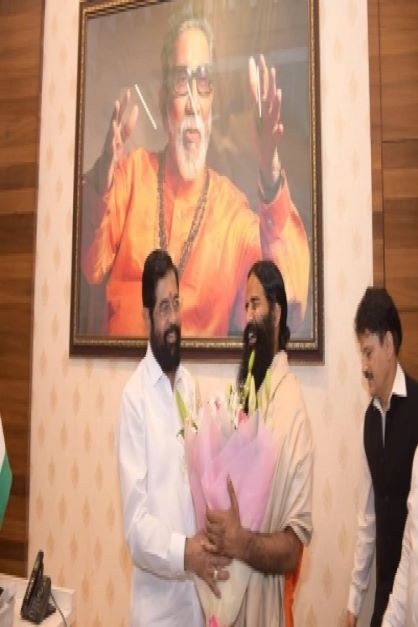 The duo also had discussions during what was described as a “courtesy visit” by officials. Earlier, he also met Devendra Fadnavis, Vice Chairman of Bharatiya Janata Party.

Briefly interacting with the media later, Ramdev said that CM Shinde is a beacon of “Sanatan Hindutva” who followed the ideals of the late Shiv Sena founder Balasaheb Thackeray, with whom he had a cordial relationship.

Ramdev’s comments raised eyebrows in Sena circles, with spokesman Kishore Tiwari wondering what “is the locus standi” for Ramdev to comment on Balasaheb Thackeray’s legacy.

“Ramdev himself is a tainted person. He is giving a suo moto certificate to the unholy Shinde-Fadnavis alliance which still has not earned the credibility or respect of the people of the state, and the matter is in proceedings in court,” Tiwari said. .

The Rana couple rose to fame in April when they led an aggressive commotion to chant Hanuman Chalisa outside the private residence of former CM Uddhav Thackeray of Maha Vikas Aghadi.

Inheritance Tax: How Britons Can Lower Their Bills and Pass More Money on to Their Families | Personal finance | Finance

Is there a way to reduce French inheritance tax for friends by 60%?