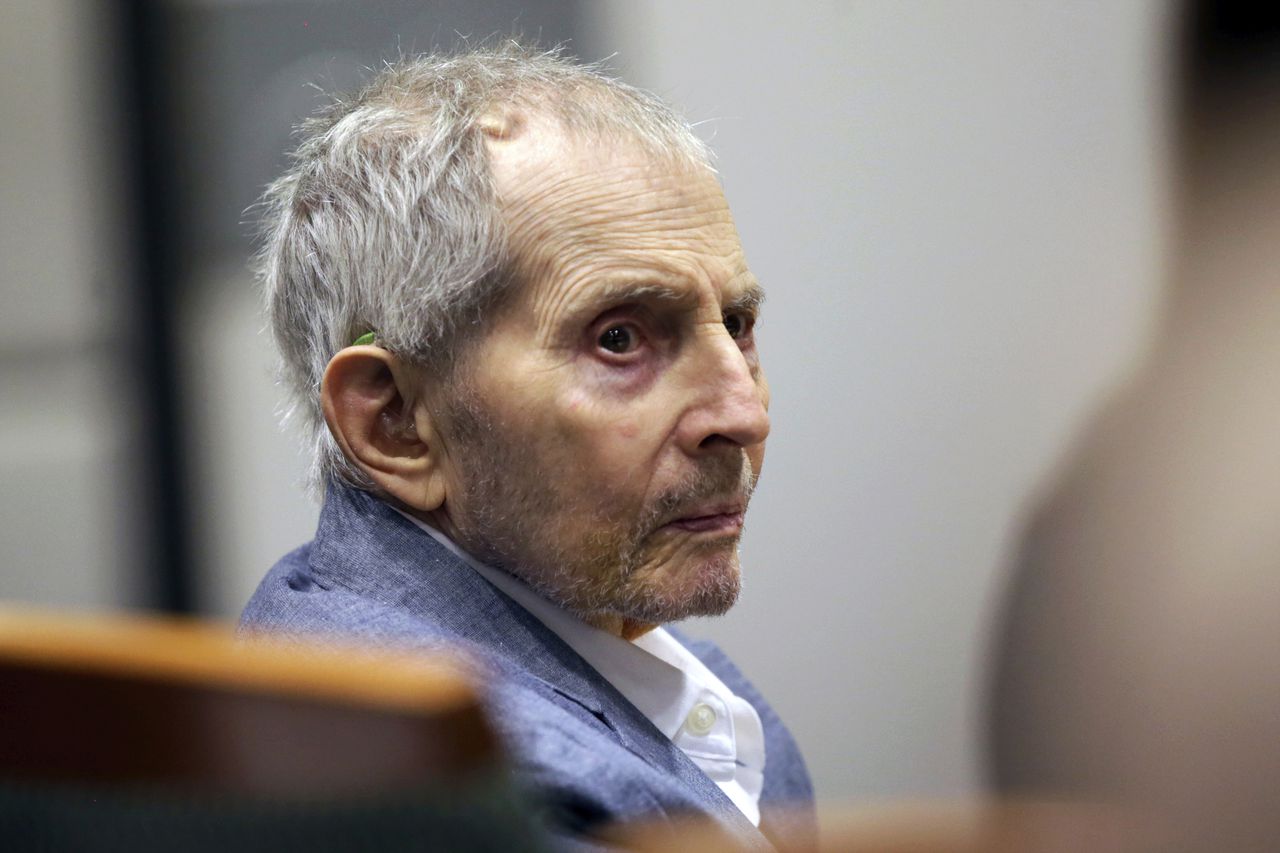 LOS ANGELES (AP) — Robert Durst, the wealthy New York real estate heir and failed fugitive who was pursued for decades on suspicion in the disappearance and deaths of those around him before being convicted of the murder of his best friend and sentenced to life imprisonment, is dead. He was 78 years old.

Durst died Monday in a hospital at Stockton State Prison, attorney Chip Lewis said. He said the death was of natural causes due to a number of ailments.

Durst was convicted in September of shooting Susan Berman at close range in her Los Angeles home in 2000. He was sentenced Oct. 14 to life in prison without the possibility of parole.

Durst had long been suspected of killing his wife, Kathie, who disappeared in New York in 1982 and was declared legally dead.

But it wasn’t until after Los Angeles prosecutors proved the motive for Berman’s death was to silence her for helping him cover up Kathie’s murder that he was charged by a New York grand jury in November for second-degree murder in the death of his wife.

Los Angeles prosecutors told jurors Durst committed murder in Texas after shooting a man who discovered his identity while in hiding in Galveston following Berman’s murder. Durst was acquitted of murder in that case in 2003, after testifying that he shot the man as they fought over a gun.

The show brought his name to a new generation and renewed scrutiny and suspicion from the authorities. He was arrested in Berman’s murder the night before the final episode, which ended with him mumbling to himself in a bathroom while carrying a hot mic saying, “You’re caught! What did I do ? I killed them all, of course.

Police had received a note directing them to Berman’s house with only the word “CADAVER” written in capital letters.

Under devastating cross-examination by prosecutor John Lewin, Durst admitted he had lied under oath in the past and would do it again to get off the hook.