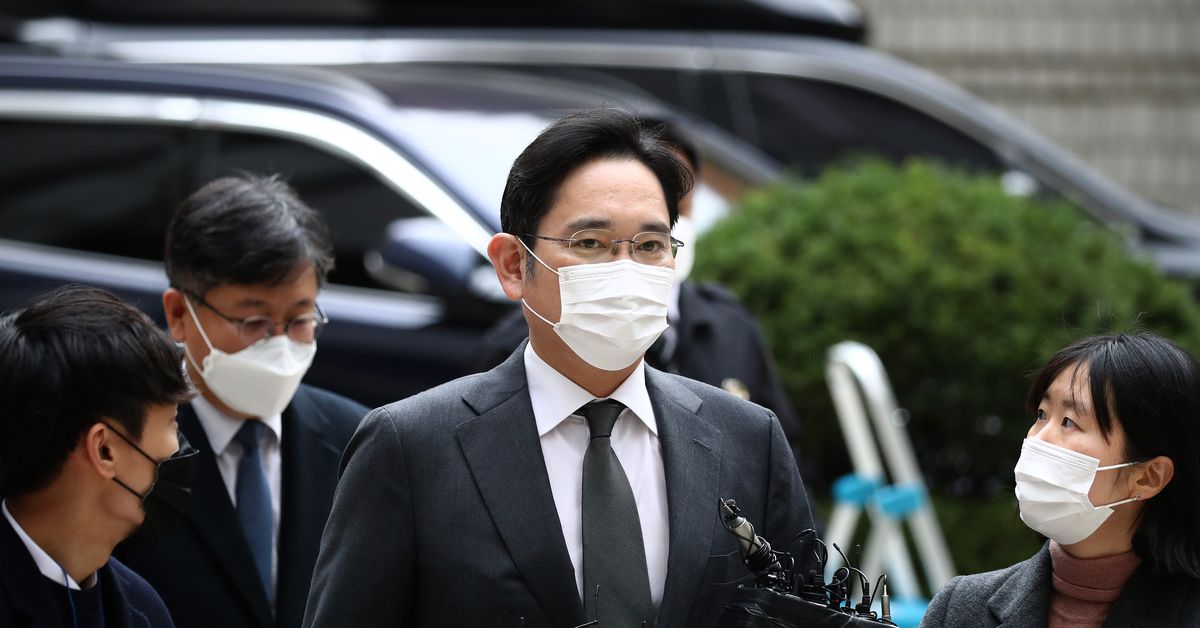 Samsung billionaire heir Jay Y. Lee gets parole and will be released from jail on Friday

Lee was first sent to jail in 2017 in the estate scandal that led to Park’s impeachment. He has been accused of offering payments and horses as bribes to a friend of the former president in an attempt to secure support for his estate at Samsung. Lee only served one year of a five-year sentence before a new trial was ordered in 2019. He was returned to jail in January.

In December, Lee issued a rare public apology for the inheritance plot. Bloomberg reported that Justice Minister Park Beom-kye said on Monday that “Lee’s attitude during incarceration,” as well as public sentiment and the economic impact of COVID-19 were all factors in the decision grant Lee’s parole.

This public opinion includes recent polls which show that South Koreans are mostly in favor of Lee’s release from prison, as are business leaders and members of the government of President Moon Jae-in, the Associated Press reported. Moon did not comment on Lee’s release, but his office said such a decision would be up to the Justice Department. Moon’s party is working to gain support ahead of the presidential election in March, and Lee’s release should work in its favor; as a political consultant put it to AP, some 5 million South Koreans own shares of Samsung.

According to The Wall Street Journal, it is not known how Lee, the grandson of the founder of Samsung, will be able to resume his job at the company once released: South Korean law imposes a five-year employment ban on those who commit economic crimes , and those on parole are prohibited from traveling abroad. Lee is expected to seek an exemption from the employment restriction.

And after his release, Lee faces more jail time, in a case involving $ 3.9 billion in accounting fraud at a Samsung subsidiary. The WSJ reports that Lee could also face charges for allegedly abusing the sedative propofol. Lee has denied all of the charges.

In July, Samsung released its second quarter results, which showed a 20% increase in revenue and a 54% increase in operating profit compared to the previous year’s quarter.