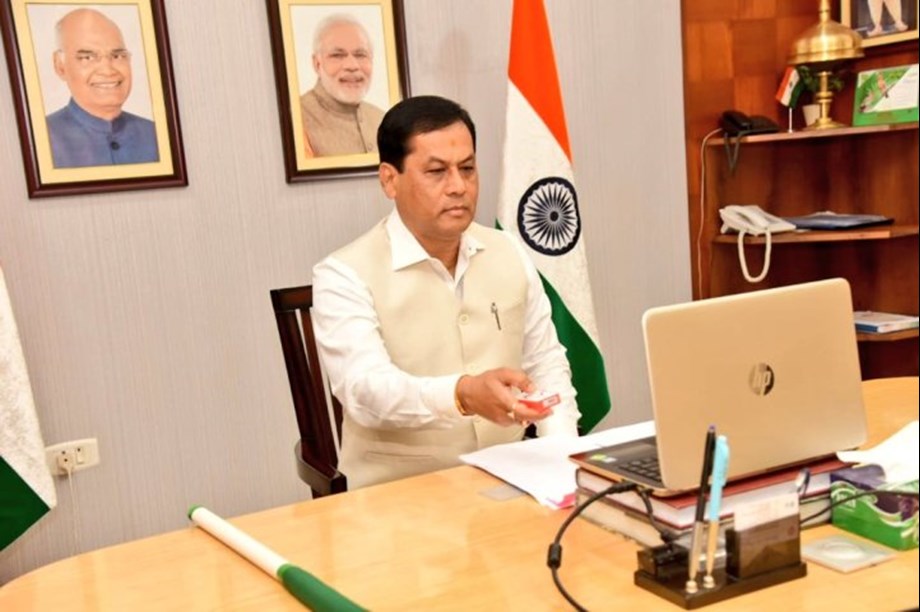 Union Minister for Ports, Shipping and Waterways and Ayush, Shri Sarbananda Sonowal interacted with beneficiaries of various government welfare schemes as he virtually joined Prime Minister Narendra Modi at the Garib Kalyan Sammelan from Visakhapatnam today. The Minister interacted with the beneficiaries and learned their motivational stories which became the epitome of a transformation in the New India.

Speaking on the occasion, Shri Sonowal said, “Under the visionary leadership of our beloved Prime Minister Shri Narendra Modiji, India is becoming a global superpower. At the base of this transformation, the historic social justice offered by the government to the most needy citizens of our country. It has helped us to come closer to an Atmanirbhar Bharat, slowly but surely, and to build a just society.

The Garib Kalyan Sammelan was designed for dialogue between elected officials directly with the public to gain first-hand testimony on the various welfare schemes run by the government.

Highlighting the role of the people of Andhra, the Minister said, “The people of Andhra Pradesh work very hard and your state is full of potential. This has been recognized by Modiji. We must heed the call made by our leader to develop an Atmanirbhar Bharat.Under his leadership this vision will become a reality and we must work together to develop Andhra Pradesh as one of the best states in the country.