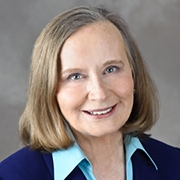 The Secure Act, RMDs and beneficiaries: another wrinkle

Get Morningstar’s essential reading for finance professionals in Advisor Digest.

In my July 2021 column, I provided a detailed â€œExecutor Roadmapâ€ for determining the Minimum Required Post-Death Distributions, or RMDs, applicable to beneficiaries of the deceased. I was sure I had covered all the scenarios, but it turns out that I left out a lot of the legacy benefits: benefits that were created by an employee or the owner of the IRA (the “participant” ) deceased before the Act date. Sorry about that! Here’s what to know for current holders of benefits inherited from a pre-Secure deceased.

The Setting Every Community Up for Retirement Enhancement Act changed the minimum distribution rules for inherited retirement accounts, nearly eliminating the â€œlife expectancy paymentâ€ that had prevailed since 1986. Now, only â€œeligible designated beneficiariesâ€ would have right to a life expectancy payment; all other designated beneficiaries would be locked in with the 10-year rule. The law provided that it would apply to benefits inherited from a participant deceased after 2019.

Beneficiaries of people who died before 2020 could continue to make withdrawals using the life expectancy payment that applied on the death of the original beneficiary of these benefits. This simplifies our first case:

As Mater’s death was prior to 2020, Junior will continue to withdraw RMD based on his single life expectancy, reduced by one per year, until the account is reduced to zero, as if Secure does not. had never happened. There are of course a few drawbacks to this: there was no RMD in 2020 (because of the Cares Act, which removed RMD for everyone that year), and in 2022 it will have to pass. to the new IRS life expectancy tables just like the rest of us. Despite the wrinkles, we can predict that this account will be able to make its final distribution around 2038 or around 2038 if Junior takes full advantage of the payment of life expectancy.

Now let’s move on to less obvious situations. Based on the language of Secure, it appears that the life expectancy payment of a deceased’s account before 2020 is inherited “forever” if the original account owner and their designated beneficiary both died before 2020:

Example Guillaume: William passed away in 2013 (i.e. before Secure), leaving his IRA to his friend Kathy as the designated beneficiary. Kathy started withdrawing the account during her 23-year life expectancy, but then, in 2018, she also passed away. The IRA was then passed on to its successor beneficiary, his son Alec. Under pre-Secure law, Alec had the right to continue to opt out on what was left of Kathy’s life expectancy (approximately 18 years). As we have seen, under Secure, if Kathy had died after Secure’s effective date, the payment would change to the 10-year rule upon her death, thus ending the payment for her life expectancy. Kathy and replacing it with a 10-year rule. However, this reversal only applies to the successor beneficiary of the “designated beneficiary of this employee who dies after this date“- that is, after 2019 (emphasis added). In this case, both the original owner of the IRA (William) AND “the designated beneficiary of this employee” (Kathy) is deceased before the effective date of Secure. So, it looks like this account should be totally exempt from Secure, and Alec can continue to opt out on what’s left of Kathy’s life expectancy. He should never have to go back to the 10-year rule. We are awaiting Treasury Secure Regulations to see if they agree with this conclusion.

Finally, there is another significant loophole in Secure’s inherited exemption for deaths before 2020: how does the rule apply when the original “designated beneficiary” was a “transparent trust” with multiple beneficiaries rather. only one person?

Example of Dolly’s IRA: Dolly died in 2010, leaving her $ 1 million IRA in a trust for the benefit of her six grandchildren. The trust provides that the trustee is to use the income and capital as he sees fit for the health, care, education and support of the grandchildren until there are no more grandchildren. child under 35 alive, or there is only one grandchild. alive, whichever comes first, at which time the balance remaining in trust is to be distributed to Dolly’s then-living issue by right of representation. The trust is qualified as a “transparent trust” under the IRS minimum distribution trust regulations and, therefore, a “designated beneficiary” of Dolly. The trust took annual RMDs from the IRA based on the 53-year life expectancy of the oldest grandchild. In 2021, one of the youngest grandchildren dies; the other five are still living.

Since Dolly died before 2020, the trust has the right to continue the life expectancy payment under the exemption rule inherited from Secure. We know that this life expectancy payment must switch to the 10-year rule on the death after 2019 of Dolly’s â€œdesignated beneficiaryâ€. But in this case, there are several named beneficiaries and only one of them has died. Does the turnaround happen now – on the first death in the group – or not until all six grandchildren are dead? Or only on the death of the oldest grandchild, whose life expectancy is the period of measurement of RMD at the trust?

In my opinion, the turnaround should not occur until all of the â€œnamed beneficiariesâ€ who were alive at the time of the member’s death have died. The pre-secured Treasury regulations, in force since 2002, specified which beneficiaries of a trust would be “accountable” as beneficiaries of the retirement account and which could be ignored as “mere potential successors”. Only if all countable beneficiaries were individuals (among other requirements) would the trust be considered a transparent trust entitled to the payment of life expectancy (Regulation Â§ 1.401 (a) (9) -5, A-7 (c) (1)). All of these countable individual beneficiaries are â€œnamed beneficiariesâ€ and the life expectancy of the oldest of them would be the applicable distribution period for the trust. However, some IRS statements suggest that only the oldest beneficiary of the trust is considered the “named beneficiary” of the participant.

Dolly’s trust trustee would presumably continue to take RMD using the existing life expectancy (pre-Secure) payment arrangement, until the IRS issues regulations clarifying exactly when (if applicable) this trust will have to move to the 10-year rule.

Natalie Choate is a lawyer in Wellesley, Massachusetts, who focuses on estate planning for retirement benefits. The 2019 edition of Choate’s bestseller, Life and death planning for retirement benefits, is available on their website, www.ataxplan.com, where you can also view their conference schedule and submit questions for this column. The opinions expressed in this article do not necessarily reflect those of Morningstar.