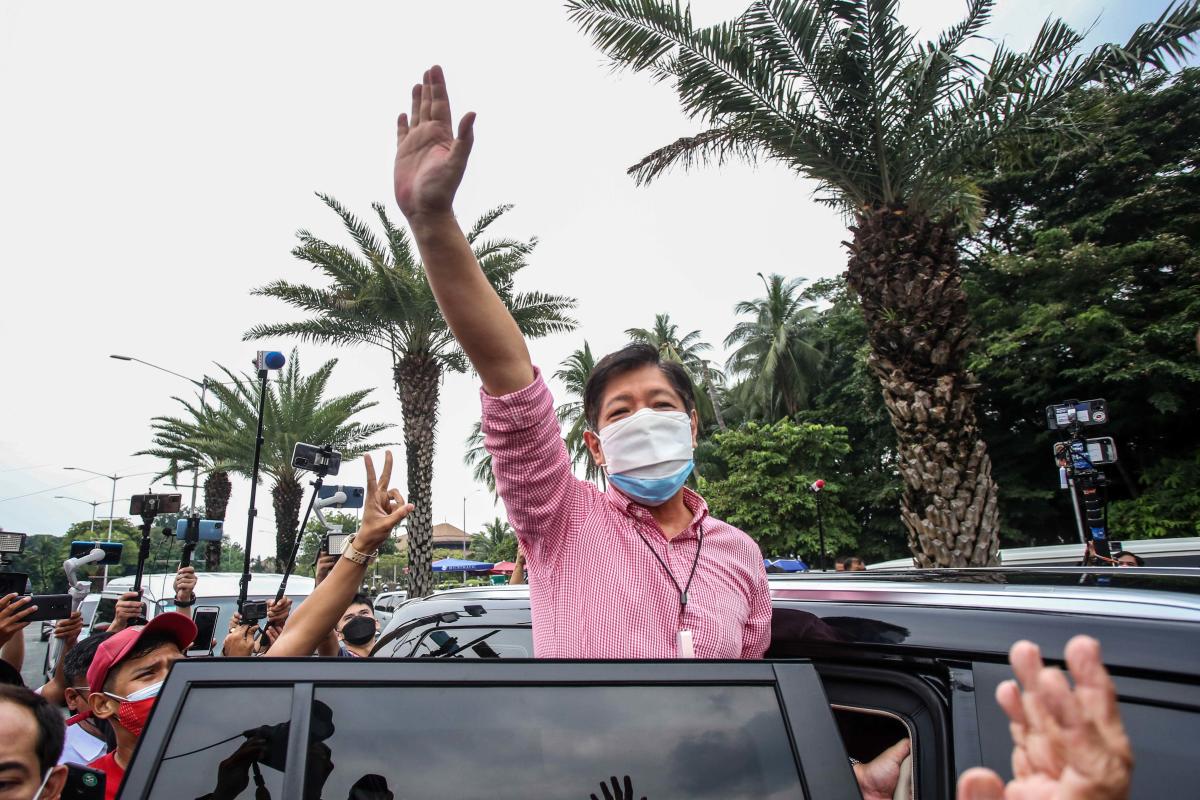 A viral video circulating in November 2021 claims to show an “official statement” from the Supreme Court of the Philippines which “favored Ferdinand ‘Bongbong’ Marcos Jr” – son of the late dictator of the country – in a case to ban him to run for president. But the claims are wrong. As of November 18, there had been no file submitted to The Supreme Court to disqualify Marcos Jr, a spokesperson confirmed to AFP. The so-called “official statement” shows a court ruling in 1997.

Screenshot of the fake message taken on November 19, 2021

The Tagalog title of the video translates to: “JUST IN: COURT FAVORED BONGBONG MARCOS / ROBREDO AND CARPIO FAILED TO TRY TO DISQUALIFY BBM!”

A voiceover at the start of the video could be heard saying: “The Supreme Court itself directly challenged former Associate Judge Antonio Carpio after filing a lawsuit to disqualify former Senator Bongbong Marcos from the 2022 presidential race . “

The video then shows what appears to be a Supreme Court ruling overlaid with text that reads: “OFFICIAL STATEMENT”.

Marcos Jr – also known by his initials “BBM” – is running for president in 2022.

He faces Vice President Leni Robredo, who narrowly beat him for the second-highest office in 2016, dealing a blow to the political aspirations of the Marcos clan as he sought to rehabilitate his image.

The video circulated online days after groups filed a petition with the Elections Commission – not the Supreme Court – to ban Marcos Jr’s presidential candidacy following a previous tax conviction.

Antonio Carpio is a former Supreme Court justice who supported Robredo as president. At the end of October, Carpio wrote about Marcos Jr’s tax conviction as a potential basis for his disqualification.

Robredo and Carpio have separately denied being behind the attempt to disqualify Marcos Jr.

The same video was also shared on Facebook here and on TikTok here and here.

Comments on these articles show that the video has misled people.

“The oppositions are extremely jealous of our beloved Bongbong Marcos, because of the large number of people supporting him. And they already know that BBM will win the presidency. Thanks to the Supreme Court of Justice !!!” we wrote.

But the claims in the video are false.

“As of this date, no case or petition has been filed with the Supreme Court regarding the candidacy of former Senator Ferdinand ‘Bongbong’ R. Marcos, Jr. for the upcoming presidential elections in 2022,” he told the AFP Supreme Court spokesman Brian Hosaka on November 18. .

The alleged “official statement” in the misleading video actually shows a Supreme Court ruling on Marcos Jr.’s fiscal shortcomings The ruling was released on June 5, 1997.

The keyword searches found match this page of the LawPhil Project legal site.

An official copy of the ruling can be found here on the Supreme Court’s online library.

Below is a screenshot comparison of the alleged “official statement” in the misleading video (L) and the decision with the date circled in red by AFP (R):