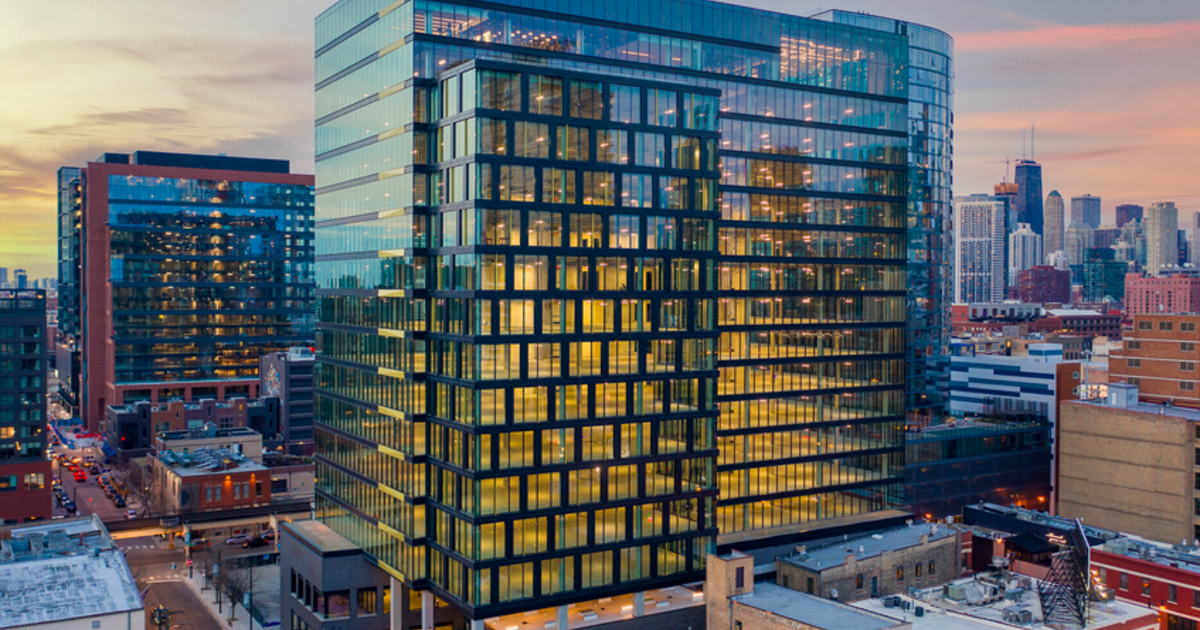 In addition to the office deals, Chicago-based Lettuce Entertain You Enterprises confirmed it has signed on to occupy 10,000 square feet with a restaurant facing the open-air hallway that runs through the ground floor of the building.

The agreements are part of a series of leases for a 750,000 square foot property that has attracted tenants looking for new office space during the COVID-19 pandemic. The building, which was developed by a joint venture of Chicago-based firms Shapack Partners and Focus, had only landed a pair of tenants at coworking provider WeWork and professional services firm Duff & Phelps (since rebranded Kroll) when the public health crisis began.

But 167 N. Green has seen a signature tenant tear over the past two years and has now filled the building, defying an ongoing period of many businesses adapting to the rise of remote work and rethinking their space needs. of work. With space reductions outpacing new leasing activity and the opening of new buildings, the downtown office vacancy rate hit an all-time high of 20% last year, according to CBRE data.

It’s a different story on Fulton Market, however, with newly developed office buildings filled with deals from companies including Kimberly-Clark, Deere, TikTok and Calamos Investments, among others.

A spokesperson for Mark Anthony Brands did not respond to a request for comment on the deal. The business has grown rapidly in recent years with the success of White Claw, which has led a charge across the alcoholic beverage industry in hard seltzers.

Crain’s reported in June that the company led the market with 42% of hard seltzer sales, a lower share than a year earlier but still ahead of emerging rivals, such as Molson Coors, Anheuser-Busch and Constellation Brands. .

Builders Vision has taken the space that social media app company Snap was negotiating for its new Chicago office last year. This agreement was never concluded.

A Builders Vision spokeswoman did not comment on the Fulton Market lease.

These businesses will soon have a new Lettuce restaurant in their building, although a spokeswoman for the restaurant group did not provide details on specific plans for the space.

A spokesperson for the developers did not provide comment.

Shapack Partners has helped transform Fulton Market over the past decade from a gritty corridor of meatpackers and food wholesalers to a hotbed of corporate offices and trendy restaurants and hotels. fashion. The developer’s projects in the neighborhood include the Soho House hotel and private club, the 29-story Parker Fulton Market luxury apartment tower, the Hoxton Hotel and a seven-story office building at 811 W. Fulton St. .

Most recently, Shapack partnered with the development arm of construction and design firm Clayco on a plan to demolish Bridgford Foods’ longtime processing plant across from 167 N. Green St. and develop a 40-storey mixed-use project on the site. . The developers are seeking City Council approval for the proposal.