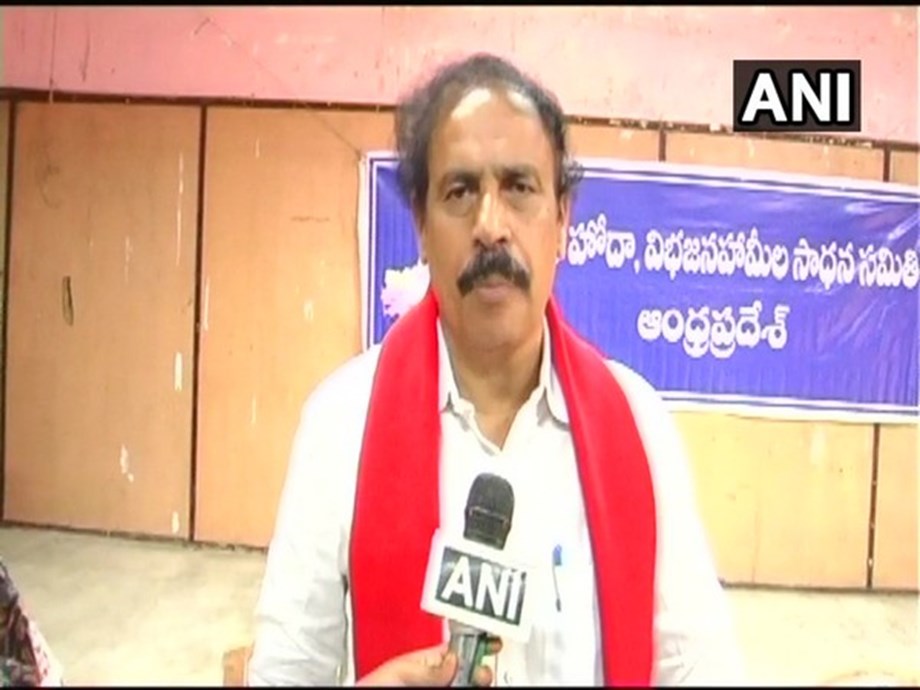 The Communist Party of India (CPI) division of Andhra Pradesh claimed on Tuesday that the YSRCP had failed to deliver on its promise to provide free housing to AP Township and Infrastructure Development Corporation (TIDCO) to beneficiaries. The CPI, at a roundtable yesterday, demanded that the infrastructure of TIDCO housing complexes be provided and that the houses be immediately handed over to beneficiaries.

Speaking to ANI, CPI Secretary of State K Ramakrishna said: “AP TIDCO started the construction of 3.19 lakh houses under the previous Telugu Desam Party (TDP) regime. After the YSRCP came to power, the construction of 57,000 houses was canceled. “The government of the Yuvajana Sramika Rythu Congress Party (YSRCP) has decided to complete 2.62 lakh houses with Rs 13,000 crore in three phases. The beneficiaries share of Rs 750 crore is already collected. Meanwhile, we know that banks are not interested in giving huge debt for building TIDCO houses. Banks are supposed to give credit of Rs 4,000 crore, but have only given credit of Rs 7 crore to date ” , he added.

“The state government plans to raise an additional Rs 6,000 crore for other financial institutions, but commercial banks are showing no interest in raising such huge credit. Chief Minister YS Jaganmohan Reddy pledged at the time. from the previous election campaign that YSRCP would give TIDCO houses free of charge to beneficiaries and return deposits to beneficiaries once its party was in power. But even after the 26-month reign, the YSRCP government did not complete the house work. TIDCO and also did not give a hand to the beneficiaries, “he added. The CPI leader added:” When the beneficiaries got agitated, the state government announced in January 2020 that the pending work would be completed and the houses would be handed over to beneficiaries within 18 months. The government has extended this deadline but the work is not yet complete.

Previously, the TDP, Congress and CPM said the state government should provide infrastructure such as roads, drains, clean water and power to TIDCO housing complexes and hand over homes to beneficiaries with immediate effect. (ANI)